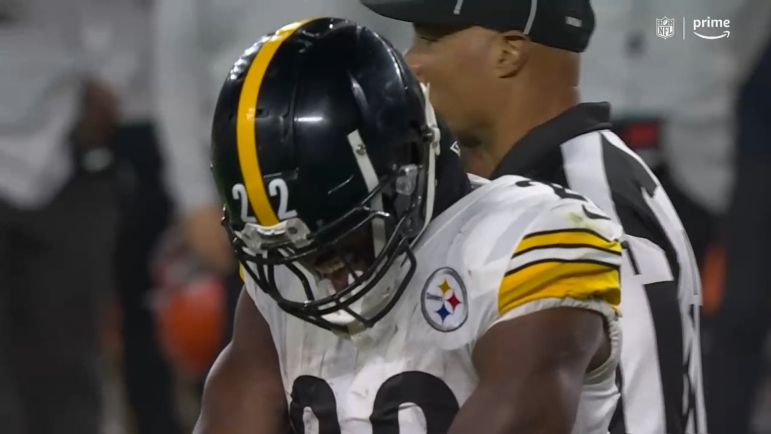 The Pittsburgh Steelers will travel to their in-state rival this weekend in the Philadelphia Eagles, who many believe are currently the best team in all of football. Certainly, motivation will not be an issue Sunday, as Pittsburgh hopes to head into the bye week with momentum, while also putting a blemish on Philadelphia’s perfect record through the first six games of the year. A win would be a welcomed change of pace for this year’s Steelers, as their current level of play has been rare for the storied franchise. Even though he’s fairly new to the team, Pittsburgh RB Najee Harris is also having to deal with consistently losing for the first time in his football career, which he spoke about Friday afternoon.

“I haven’t dealt with a couple things here, but like I said, it’s a new point in my life,” said Harris via the Steelers’ website. “New chapter, it’s new challenges. I’m glad that I’m here.”

Harris has gotten used to winning football games since he attended University of Alabama, where they went an unprecedented 51-4 throughout his four years at the school. During those four seasons, Alabama went on to win the College Football Playoff National Championship two times. Obviously, success like this is not remotely realistic at the professional level, but it’s certainly an adjustment for someone who has never experienced adversity and struggle on the football field as a team.

“It’s part of the process. You know, it’s not always going to be good,” explained Harris. “There’s some bad, some negativity, but I mean, it’s part of the sport. Just got to learn.”

If Pittsburgh is able to turn their season around and dig themselves out of the hole they’re created, Harris will most definitely need to be a catalyst for that change. This season, he hasn’t looked exactly like his 2021 self, perhaps due to a lingering foot injury that left him with a steel plate in his shoe for the beginning of the season. Whatever the reason, the Steelers will need his power and tough running style to help win games through the second half of the season if they’re going to make a late push.