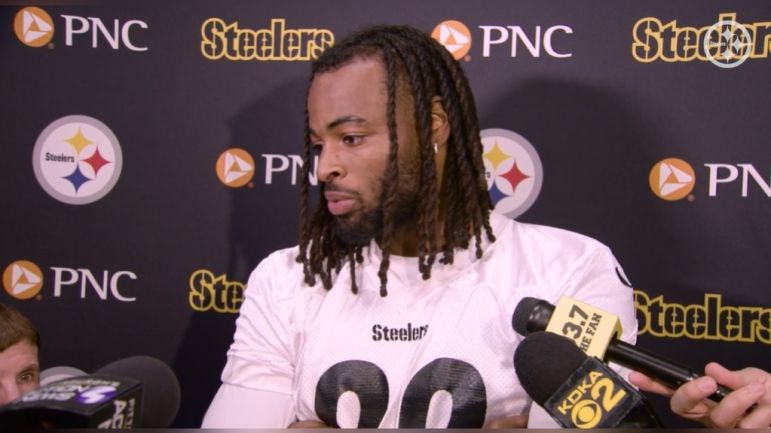 Najee Harris hasn’t looked quite right all season. Friday, he offered an explanation why. Speaking to reporters, he revealed until a few days ago, he had been playing with a steel plate in his shoe. Here’s what he said via Steelers.com’s Teresa Varley.

Najee Harris said he took the steel plate out that he had been wearing in his shoe because of his foot injury. He said he is now 100%.

As Varley’s tweet notes, Harris has now declared himself fully healthy. The plate was worn due to the Lisfranc sprain he suffered during the first day of padded camp practice. He missed the next month of action, returning for the preseason finale, but hasn’t looked like himself since. He also suffered a foot injury in the Week One opener against the Cincinnati Bengals.

Here’s the full quote of what Harris said via the team website.

Najee: "I missed about seven or eight weeks. I missed the whole camp, missed about a couple preseason games and then I put a steel plate in my shoe, so, you know, kind of prohibited me from doing certain things. But I just took it out maybe yesterday, two days ago." #Steelers

“It’s gotten a lot better,” Harris went on to say of the injury.

He followed up by noting the time he missed this summer was valuable.

“We have a lot of guys on the o-line, I haven’t got time to work with them yet.”

That certainly could explain his struggles this season, though Harris said the plate didn’t impact his burst. Through five games, he is averaging just 3.2 yards per carry with his longest run just 16 yards. His pass protection has been a particular disappointment to the point where rookie Jaylen Warren served as the team’s third down back in Sunday’s loss to the Buffalo Bills. Warren has eaten into Harris’ playing time, taking over his passing role, and out-snapped him 38-37 last week, though some of that was due to the Steelers’ blowout loss.

Harris seems to finally be trending in the right direction. But he’ll face a stout Tampa Bay Buccaneers’ front seven this weekend. Hopefully Harris shows more burst and power that made for a successful rookie season. Pittsburgh will need a much stronger running game to snap their four-game losing streak and try to get their season back on track.