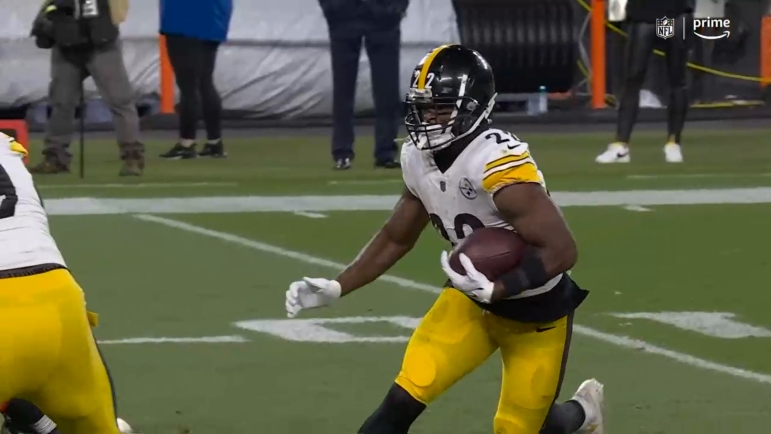 When you play for the Pittsburgh Steelers, you are held to a standard of excellence.

When you are a former first-round draft pick, you are expected to perform on the football field as one of the best players at your position in the National Football League.

Najee Harris meets all those designations, and he recognizes the burden he carries not only as the team’s workhorse running back, but also as a leader of a franchise that has been on a skid in recent weeks.

“So, my mindset with all this stuff man is just keep persevering,” Harris said to the media Friday on video via Steelers.com. “Me being who I am and the expectations obviously, first round and you have all this stuff, my mistakes tend to be bigger. So, I got to understand that. I have all of it head up, chin up high and I get back to work every day and practice. I mean stuff is going to happen. It’s part of the sport, but just persevering. I can’t think of one athlete that didn’t struggle with something. This is our time to get over this adversity right now.”

Najee Harris has notably struggled on the field to start the 2022 season, having suffered a Lisfranc injury back in training camp and reaggravated in Week 1 against the Cincinnati Bengals. He mentioned in the same interview that he had a steel plate that was put in his shoe removed and deemed himself 100% healthy after he looked like he lacked burst and decisiveness as a runner to start the season.

Najee: "I missed about seven or eight weeks. I missed the whole camp, missed about a couple preseason games and then I put a steel plate in my shoe, so, you know, kind of prohibited me from doing certain things. But I just took it out maybe yesterday, two days ago." #Steelers

It’s obvious that Harris has heard his critics who have called for fellow Rb Jaylen Warren to see more opportunity with Harris playing bad so far this season. Instead of trying to defend himself or go at his critics, Harris does the honorable thing and owns up to the bad play of the Steelers as well as himself.

It takes a leader to hear criticism, process it, accept it, use it, and then flush it. That is exactly what Harris is doing here, knowing that as a former first-round pick, the expectations are going to be higher for him than Warren who is a UDFA rookie in his first NFL season. While HC Mike Tomlin and OC Matt Canada defended Harris this week in their respective press conferences, he knows that he needs to face this adversity and criticism head-on and push through when the doubters are calling him out. That is what the Steelers will also have to do as they follow their team captain’s lead with the Tampa Bay Buccaneers coming to Pittsburgh this Sunday.