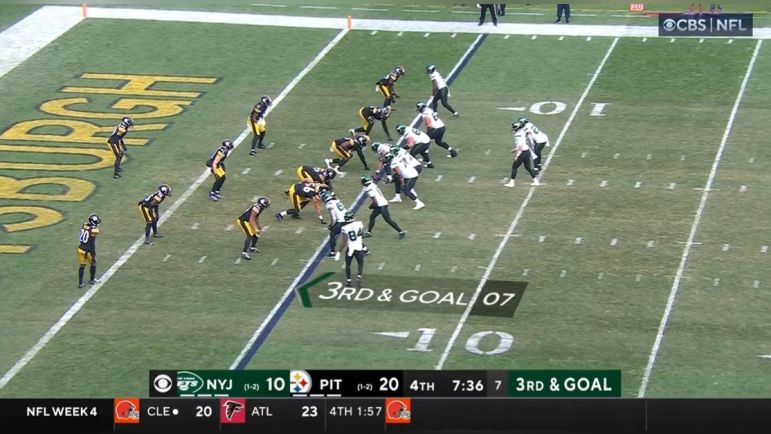 To win on the scoreboard, the New York Jets won on the chess board. They made the adjustments to rally in the second half, scoring two fourth quarter touchdowns and turning a ten-point deficit into a four-point win Sunday afternoon. While Jets’ QB Zach Wilson looked terrible through three quarters, he and the offense figured things out in the final stanza. Speaking to reporters after the game via the team website, Minkah Fitzpatrick explained how New York adjusted.

“It was nothing to do with communication,” Fitzpatrick said when asked what the defense faltered. “They adapted to our game plan. They started throwing passes outside the numbers away from the robber, which was what I was playing. [Wilson] gets paid too. He’s a NFL quarterback, he’s gonna make great throws. When they adapt, we gotta adapt.”

At one point, Wilson was a mere 8/24 throwing, completing exactly 1/3 of his passes. That changed in the fourth quarter and he finished the day 10/12, an 83.3% completion rate. He led the Jets on two long touchdown drives, 11 plays for 85 yards and ten plays from 65 yards, to rally from being ten points down to win the game in the final seconds.

As Fitzpatrick pointed out, he played plenty of “Robber” coverage in this game, spinning down to take away the intermediate crosser while supporting NCB Arthur Maulet, forced to play more due to Ahkello Witherspoon’s injury that kept Cam Sutton on the outside. But the Jets seemed to adjust and throw away from that area, though Wilson still hit throws between the numbers late in the game. New York went after Maulet, known for his tackling and blitzing, not his coverage, completing passes on him on possession downs in the fourth quarter, once to WR Garrett Wilson and later to WR Corey Davis.

As we wrote about earlier, Fitzpatrick expressed frustration over losing to a team who, in his words, isn’t as talented as Pittsburgh’s. Couple that with these comments and it’s obvious unhappiness with the gameplan laid out by the coaching staff. The more this team loses, the more these type of comments will come out.