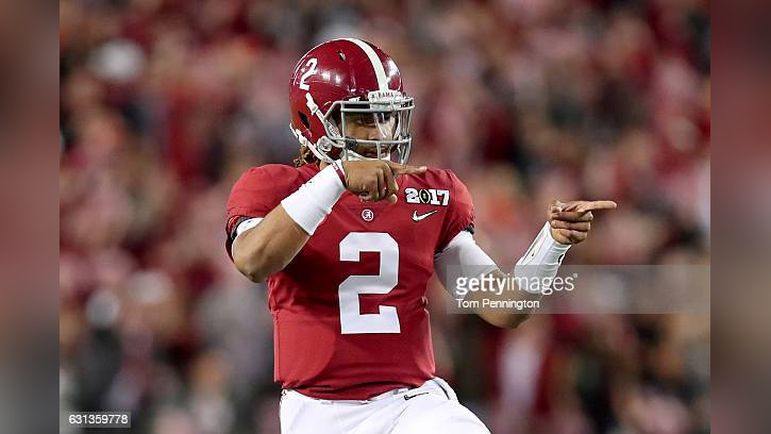 The Pittsburgh Steelers will have to try and solve Philadelphia Eagles’ QB Jalen Hurts this weekend. But if you could rewrite history, there’s a world in which Hurts would be representing the black and gold. Had the team taken Minkah Fitzpatrick’s advice, Hurts would be a Steeler right now. During the weekly Mike Tomlin Show, Tomlin revealed Fitzpatrick made a push for the Steelers to draft Hurts in 2020.

“We acquired Minkah in 2019 and Jalen I think was in the next draft,” Tomlin told host Bob Pompeani via the team’s YouTube channel. “Minkah and I were really just getting to know each other. But Minkah was adamant about advocating for this guy that as I was still getting to know Minkah, he felt strong enough about this guy to advocate for him to say he’s our type of guy. That he’s got an unbelievable and tangible quality.”

Fitzpatrick and Hurts were teammates at Alabama and obviously knew each other well. Hurts was electric the first two seasons, leading the Crimson Tide to the College Football Championship Game in 2017. But Hurts was benched in the title game and replaced by freshman Tua Tagovailoa, who led Alabama to a comeback victory. Hurts served as the team’s backup for 2018 before transferring to Oklahoma. Both men, Hurts and Fitzpatrick (and Tua for that matter), have flourished in the NFL, with Hurts praising Fitzpatrick earlier in the week.

Heading into 2020, the Steelers had Ben Roethlisberger coming off season-ending elbow surgery, and former third-round pick Mason Rudolph predictably struggling in his first extended action. Drafting a quarterback wouldn’t have been a crazy thing to do, and many in the national media suggested the Steelers make the move.

But the Steelers showed little interest in taking a quarterback, instead looking to build around Roethlisberger. Hurts was on the board when Pittsburgh turned the card in at #49, but instead selected WR Chase Claypool. Four picks later, the Eagles drafted Hurts.

Fitzpatrick’s assessment has proved to be the correct one. Hurts is enjoying a breakout year leading the undefeated Eagles, one of the game’s most dynamic runners while also taking great care of the football. Perhaps Fitzpatrick has a future in a NFL front office when his playing days are over. Following Roethlisberger’s retirement, the Steelers pegged Kenny Pickett as their QB of the future, taking him 20th overall in the 2022 NFL Draft.

Now, those two will square off in the Battle of the Keystone State tomorrow afternoon. And every time Hurts makes a big play, the Steelers will be reminded of what they could’ve had.