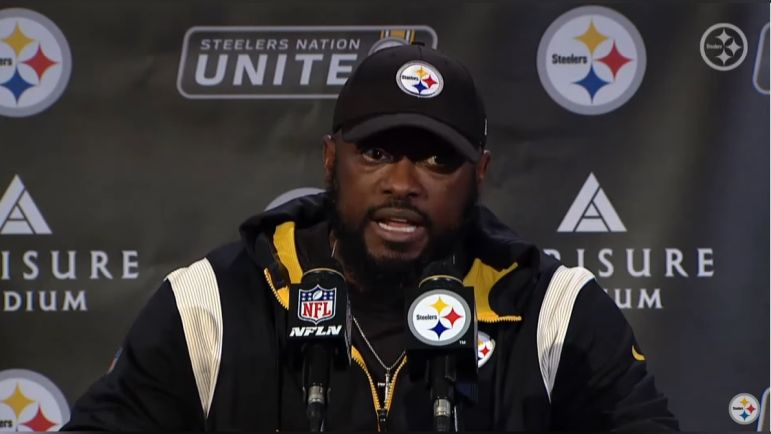 When asked about his comments post game about being open to potential changes with players and the coaching staff after suffering a blowout loss and dropping four-straight games, Tomlin mentioned that he is still open to change, but isn’t going to be brash to make changes for the sake of changing things up.

Tomlin seemingly walked back from his previous comments from this Sunday when he said that he would leave no stone unturned when it came to evaluating his current roster and coaching staff to try and change the results the Pittsburgh Steelers have had on the football field the last four weeks. While he still acknowledged the notion that he would be open to changes being made if he knew those changes would significantly help the roster and the team’s performance on the field, Tomlin didn’t seem to have the same intensity about the topic as he did just two days ago after suffering his worst loss as a head coach in the National Football League.

Mike Tomlin said earlier this preseason that he isn’t one to send messages, but rather make the moves for change. However, up until this point, the moves that Tomlin and the rest of the Steelers organization have made have brought about very little change in terms of the outcome of games. They tried to get by with trading late-round draft capital to acquire OLB Malik Reed from the Denver Broncos to serve as the primary backup to T.J. Watt and Alex Highsmith, only to have that move backfire on them went Watt injured his pec and Reed proved to be largely ineffective in his place.

The team opted to rely on defenders like DB Tre Norwood to step up for Terrell Edmunds last week against the Bills in a starting role, only to see the former seventh-round pick get worked over by Josh Allen and the Bills. They made the move from Mitch Trubisky to Kenny Pickett last week against the Jets, but the offense again remained largely ineffective as they continually stalled out in the red zone and on third down, settling for field goals rather than trying to keep up with the juggernaut on the opposite sideline.

Tomlin has often said in the past that the standard is the standard and that Pittsburgh isn’t in the business of changing just for the sake of change. For a team that desperately needs to make some sort of changes on both sides of the ball to try and salvage what appears to be a lost season, Tomlin has admitted that he is once again open to change, but the significance of those changes is yet to be determined.