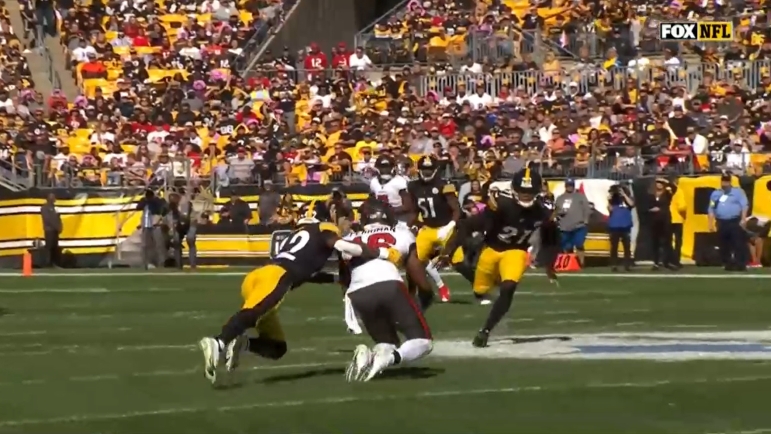 The Pittsburgh Steelers, at least in the secondary, were given no chance of success today facing quarterback Tom Brady and the Tampa Bay Buccaneers. They were down four starters, including All-Pro safety Minkah Fitzpatrick and all of their top three cornerbacks, and yet they largely did their job and helped preserve a 20-18 win.

Head coach Mike Tomlin lavished praise on their efforts, as you might expect, in his post-game press conference, noting the big opportunity that they had before them and the fact that they had to work from a limited play sheet because of the circumstances.

With Ahkello Witherspoon, Levi Wallace, and Cameron Sutton out, the starting cornerbacks consisted of James Pierre, Arthur Maulet in the slot, and Josh Jackson, a veteran who had been on the practice squad. Tre Norwood started at safety. Quincy Wilson also rotated in, as did Miles Killebrew.

It did help that the Steelers got decent pressure during the game, credited with two sacks and five quarterback hits. Brady had a tendency to get the ball out quickly, especially as a means of avoiding taking a hit that many other quarterbacks might try to play through.

In all, Brady’s final stat line looked a bit better than the game tape reveals, finishing 25-for-40 for 243 yards with a touchdown pass, but the reality is that, for the majority of the game, he really struggled. Chris Godwin was his leading receiver with six catches for 95 yards. Mike Evans was held to 42 yards on four receptions.

Despite some situational success, the run defense also held up, limiting the Buccaneers to 75 yards on 26 attempts, averaging under three yards per carry, with none longer than 13 yards. The secondary preserving the perimeter was key in that.