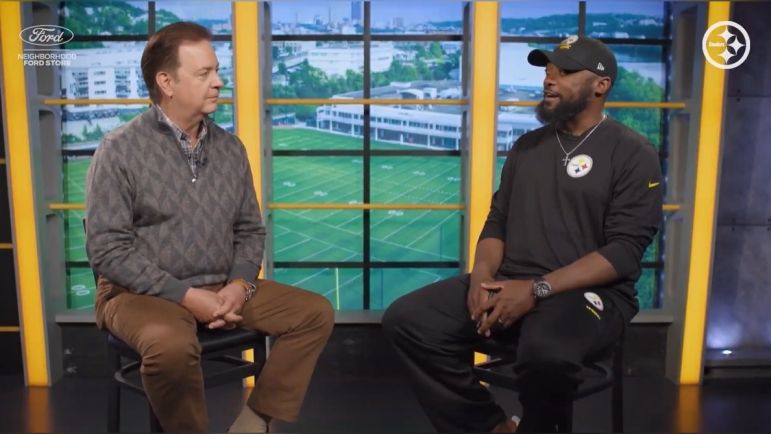 Saturday morning, we wondered out loud what the Pittsburgh Steelers’ defensive gameplan could look like against QB Josh Allen and the Buffalo Bills. To blitz or not to blitz, that was the question.

“We’re gonna blitz. You blitz,” Tomlin said when asked about the risks that come with sending numbers. “That’s what we do. That is in our personality. While at the same time you understand there’s risk/reward associated with it, but man, we’re competitors. That’s what we live for.”

That may be the Steelers’ DNA but it was absent in last year’s meeting. In the 2021 opener, Pittsburgh opted against blitzing and did so about 13% of the time, the second-lowest blitz rate they had in any game last season. It was a winning gameplan and slowed Allen down, holding him under a 60% completion rate and just one touchdown, pedestrian numbers for a guy like Allen who can put up video game-like stats. Even Josh Allen admitted the Steelers’ gameplan was unexpected.

It’s something they certainly should be planning for this time around. Football’s a chess game and the Steelers need to stay one step ahead in order to pull off what’d be a historic upset, 14-point underdogs entering Sunday’s matchup. Last year, the Steelers could get away with fewer blitzes and rely on a strong front four containing T.J. Watt, Alex Highsmith, and Cam Heyward. Watt’s removed from the equation, and the Steelers’ pressure rate has gone into the tank. Even Highsmith, who has been highly productive, only has half the pressure rate Watt put up last season.

Of course, blitzing is a broad term that can take all forms. Not every blitz has to be Cover Zero or a Madden-based “Engage Eight.” There are ways to blitz while still only sending four and dropping seven, “safe pressure,” by creatively sending an ILB or a NCB while dropping outside linebackers into coverage.

Whatever Pittsburgh chooses to do, they’ll have to be varied. Showing one look over and over again versus Allen and company is dangerous to do and harder to accomplish with less defensive talent, Watt and two secondary starters – Terrell Edmunds and Ahkello Witherspoon – all missing in this one. And when the Steelers choose to blitz, they better not only get home, but they better finish, too. Pressuring Allen and sacking him are two different things, and if he breaks contain, the defense could give up explosive plays.