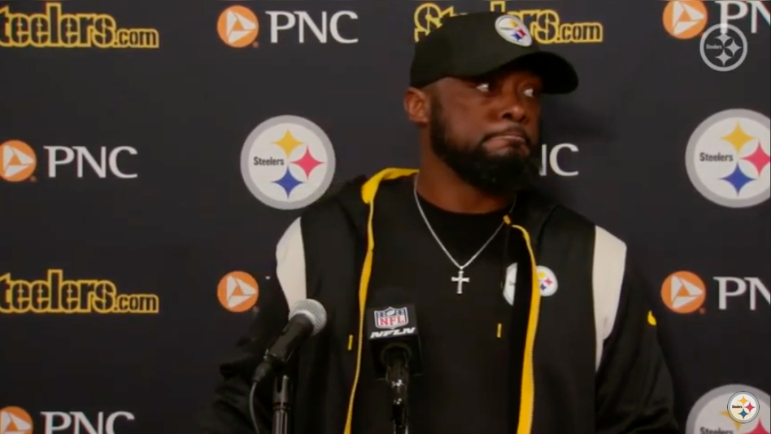 That is to be expected with a rookie in just this third start in the NFL. That said, other times he showed that competitive fire, that will to win, and the ability to make plays with his arm and legs.

But in the end, those rookie mistakes popped up in a big way as Pickett threw two killer interceptions on the final two drives of the night, finishing with three total in the loss.

After the game, Steelers head coach Mike Tomlin stated that despite the struggles down the stretch from Pickett on the two interceptions, he saw a highly competitive quarterback and was pleased overall with what he say.

“I thought he was highly competitive. I thought he played to win,” Tomlin stated to reporters, according to video via the Steelers official YouTube page. “I thought he made some plays. Unfortunately, he and we, didn’t make enough.”

That’s how it goes sometimes.

Throughout the second half, particularly the final two drives, that competitive fire and willing his team towards victory was on display from Pickett. There was the 12-yard throw to Chase Claypool on third and 10 to move the chains, and then a 10-yard completion to Claypool later on the second to last drive to move the chains.

Two penalties then turned a third and one into a third and 16, resulting in a poorly thrown ball from Pickett intended for Diontae Johnson that Miami safety Jevon Holland easily picked off.

Getting one more shot at writing his own story in the game, Pickett took over in the two minute drill and methodically moved the Steelers down the field, including hitting tight end Pat Freiermuth down the middle of the field on a key fourth and six for 21 yards. He then found Johnson for 14 yards to move the sticks, but then on the move using his legs on a play he could have scrambled on, Pickett threw an ill-advised ball that Miami’s Noah Igbinoghene picked off to seal the Dolphins win.

He was competitive, played to win and really led the Steelers down the field with some clutch plays. In the end though, he made some poor plays and poor decisions that come with being a rookie that ultimately led to the loss.