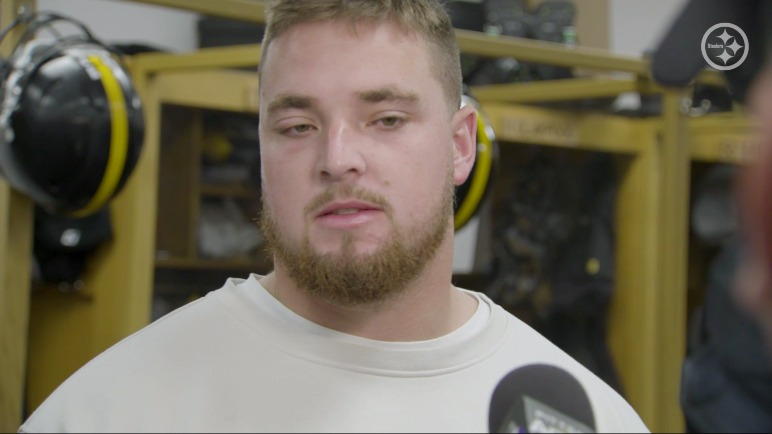 On the heels of the Pittsburgh Steelers’ 38-3 loss to the Buffalo Bills in Kenny Pickett’s first career start, there seemingly aren’t a lot of positives to take away from the game. Still, center Mason Cole said he thought the offense moved the ball well, but it was their lack of red zone efficiency that hurt the offense in a game where they didn’t put a touchdown on the board.

“I think yesterday, honestly, I think we moved the ball pretty well at certain times. Just our efficiency in the red zone and finishing drives, the points just didn’t get us there. And then you get stuck and you’re behind and you’re throwing the ball around trying to play catch up and it gets harder and harder as the game goes on. But I do think there was some bright spots,” Cole said via Steelers.com.

Two missed field goals don’t help your red zone efficiency, but Pittsburgh was a dreadful 25% (1-4) in terms of getting in the red zone on Sunday, and obviously 0-4 in scoring touchdowns. The decision to kick the two missed field goals was a poor one, and maybe if the Steelers went for it they could’ve put themselves in a position to score. It ultimately probably wouldn’t have mattered much in the scheme of things, as Pittsburgh was just overmatched by a much better Bills team, but 1-4 in the red zone will never be good enough. Pickett also talked about the poor red zone efficiency yesterday.

Cole is right that the offense at least moved the ball better on Sunday. Pickett threw for 327 yards (although he did have 52 attempts), and the four trips to the red zone were the most Pittsburgh has had in a game all year. That’s not a stat the Steelers should be proud of, but it’s at least tangible proof that the offense moved the ball better with Pickett under center. He was also responsible for both red zone trips against the Jets, although one was aided by Minkah Fitzpatrick’s interception return.

There’s not much to say other than the Steelers’ offense has just been flat-out bad. The Bills’ defense is one of the best units in the NFL, and having four red zone trips against them is a small victory. For what it’s worth, that number is tied for the most the Bills have allowed this season, with the Baltimore Ravens also making it inside the 20 four times against Buffalo in Week 4.

Pittsburgh has to take advantage of those trips and put at least six points on the board, which they weren’t able to do once on Sunday. But it’s something to build off in the future. Pickett showed he can move the ball down the field and give the Steelers a chance to score. Now, they have to work on finishing those drives off. The road ahead doesn’t get any easier when they face the Tampa Bay Buccaneers on Sunday, but, hey, if the Steelers put six points on the board, that’s a sign of improvement. It’s not a fun time to be a Steelers fan right now.