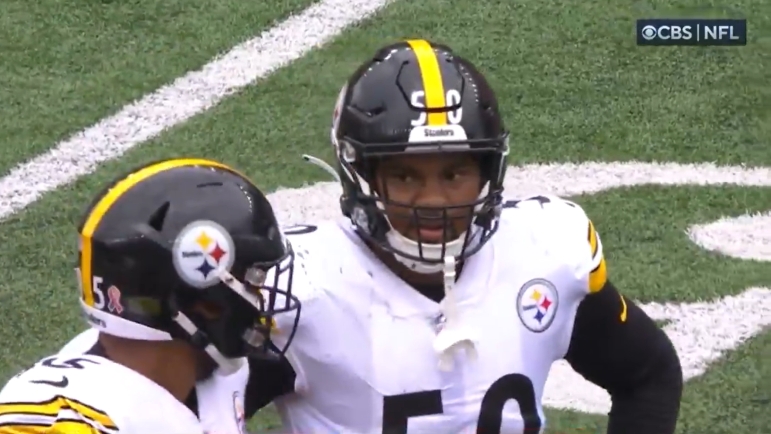 Malik Reed hasn’t had the best stretch of games as T.J. Watt’s fill-in while Watt recovers from a torn pec suffered in Week 1. Reed has yet to record a sack and has just three solo tackles in three starts. Still, Reed said that even with the Pittsburgh defense entering Week 5 a little more banged up than usual, he along with the rest of the defense is still confident they can get the job done against the Buffalo Bills at Highmark Stadium.

“Very confident,” Reed said when asked about the defense’s confidence level despite injuries. “Every time we step on the field, we come out there for a reason and for a purpose and that’s to play great team ball, great defense as well. So no matter who’s strapping it up, we looking forward to doing that,” Reed said via a tweet from Steelers Live.

With Ahkello Witherspoon likely missing his second straight game, guys like Cam Sutton and Levi Wallace will have to step up again. Reed needs to step up as well, with Watt still sidelined for at least another week and probably longer. He has just two pressures through four weeks, although one of them did come last week. He has an opportunity to build off that and really help the Steelers’ pass rush get home, because they’re going to need to in order to slow down Josh Allen.

Reed came over to Pittsburgh in a preseason trade from the Denver Broncos. In Denver, Reed played alongside Von Miller, who’s currently in his first year with the Bills. Reed talked about his relationship with Miller.

“That’s a guy that once I got to Denver really looked out for me, kind of took me up his wing, answering the questions I had, and really was like a big brother,” Reed said.

This week is Reed’s opportunity to show his “big brother” all that he learned from him. It would probably be a sweet feeling for Reed to get a sack with one of his mentors watching him from the opposite sideline, and even sweeter if he can tack on more than one.

While it’s been a slow start to the season for Reed, he’s shown a penchant for getting to the quarterback in the past, as he has 15 career sacks. With Miller, who watched or helped a lot of those sacks happen in Denver watching, it’s time for Reed to show that he has grown up and still has a nose for the quarterback away from Denver.