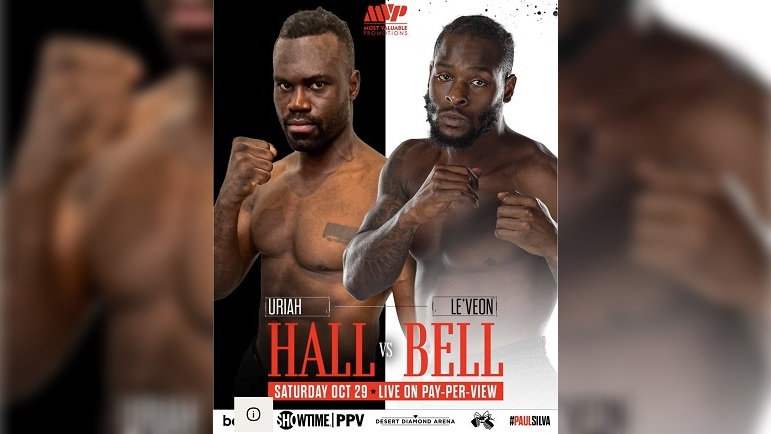 Le’Veon Bell’s fighting career doesn’t end at knocking out Adrian Peterson. Bell will make his pro boxing debut later this month on October 29th in a match against Uriah Hall in Phoenix, Arizona.

Le’Veon Bell is set to make his pro boxing debut against MMA star and former UFC fighter Uriah Hall as part of Most Valuable Promotions’ Jake Paul vs. Anderson Silva event on SHOWTIME PPV on Sat., Oct. 29 in Phoenix. Bell is coming off an exhibition knockout vs. Adrian Peterson. pic.twitter.com/c6TPD7tH5K

As Schefter’s tweet notes, it’s an undercard performance to the headline fight between YouTube star Jake Paul and former UFC star Anderson Silva (a sentence I really wish I didn’t have to write).

Bell boxed fellow running back Adrian Peterson on September 10th. After a close and fairly uneventful start to the match, Bell landed the finishing blow, knocking Peterson out in the fifth and final round.

Now, Bell will see a step up in competition against Hall. Hall, 38, is a former UFC fighter who posted a career record of 18-11 who earned an initial claim to fame on The Ultimate Fighter. In fact, he defeated Silva by TKO in 2020. Hall announced his retirement from MMA this August and seems to be switching to boxing.

Bell, now 30, suited up for the Baltimore Ravens and Tampa Bay Buccaneers last season. There’s been no reported NFL interest for 2022, and it seems like Bell is mostly focused on his fighting career. At this point, it’s hard to imagine him suiting up for another regular season game.

The Pittsburgh Steelers drafted Bell in the second round of the 2013 NFL Draft. He turned into one of the game’s best and most complete backs as a runner, receiver, and blocker, making three Pro Bowls and two All-Pro teams. After failing to reach a contract extension with the team that included Bell sitting out the entire 2018 season, Bell signed with the New York Jets in 2019. That began the downfall of his career, spending just 1 1/2 seasons in New York before being released and signing with the Kansas City Chiefs.

For his career, Bell has rushed for over 6,500 yards with 51 total touchdowns, 42 rushing and nine receiving.