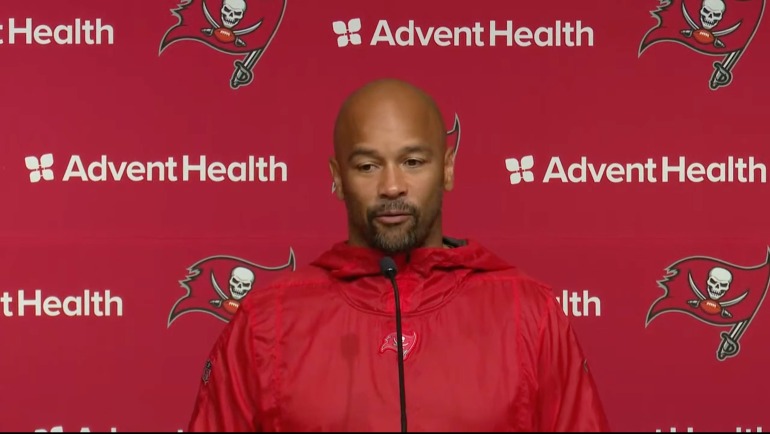 “I was raised right coming into this league. Everybody knows it’s a top organization. I was fortunate to go into a locker room with a lot of solid vets who showed me the way, showed me how to be a pro, on the field and off the field. I owe a lot of credit, a lot of my success goes to those guys and just that culture they taught me,” Foote said about entering the NFL with the Steelers during his press conference today via the Buccaneers’ YouTube channel.

“Bill Cowher, back in them days, you had to play the game the right way. That’s how I was raised and I’m still leaning on that type of mindset to this day.”

Foote entered the league as a fourth-round pick out of Michigan in 2002, and his rookie season featured guys like Aaron Smith, Casey Hampton, Joey Porter, Jason Gildon, Lee Flowers, James Farrior and Chad Scott in the locker room. A lot of defensive veterans for Foote to lean on and learn from, and no doubt the locker room and the culture that Pittsburgh established helped Foote to a long and successful career as a player and now as a coach.

After Bill Cowher’s retirement, Foote played for Mike Tomlin from 2007-2013. He talked about needing to beat his former coach so he doesn’t end up on the wrong side of trash talk.

Tomlin hasn’t had a lot to talk trash about this year with the Steelers sitting at 1-4, but beating a former player would probably be worthy enough for Tomlin to talk a little bit, especially as they come into the game as underdogs. Foote knows Tomlin’s preparation as well as anyone, so it’s worth noting when he says that Tomlin will have them ready to play. After a 38-3 shellacking at the hands of the Buffalo Bills, the Steelers have to come out and at least give Tampa a fight, and Foote believes that Tomlin is going to do what’s necessary to get his guys ready to go.