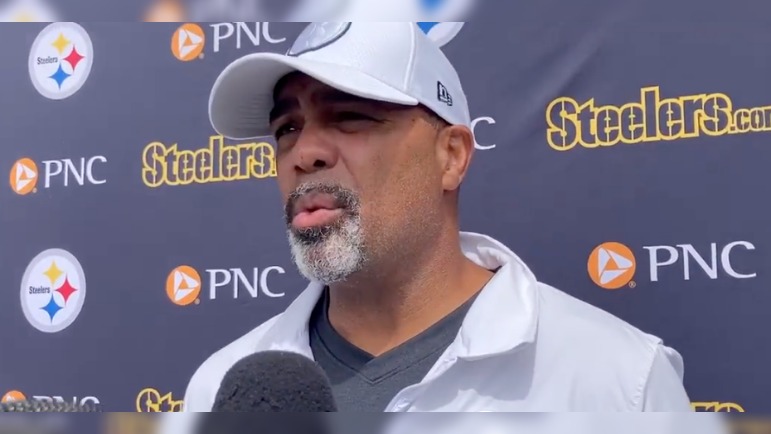 The Pittsburgh Steelers entered Sunday’s game against the New York Jets dealing with injury. They left even more battered. As we wrote earlier in the week, the losses of Ahkello Witherspoon and Terrell Edmunds limited the Steelers’ defense in the fourth quarter, forcing them to play Arthur Maulet over slot and preventing them from using their dime defense. But DC Teryl Austin doesn’t see that as the reason why Pittsburgh blew a ten-point lead.

All solid-sounding coach speak and Austin is right. Dime or not, blowing a ten-point lead to the Jets isn’t acceptable. But it certainly was a factor. Maulet isn’t supposed to be on the field in passing situations. Heck, he had hardly played on third down over the last two years. It was a matchup the Jets repeatedly went after on possession downs, hitting Garrett Wilson for 35 yards and Corey Davis for 22.

Pittsburgh was also forced to stay in their nickel package with two inside linebackers on the field. Robert Spillane gave up a third down conversion to TE Tyler Conklin, though it’s worth pointing out Spillane is normally the team’s dime linebacker for reasons that aren’t entirely clear or justified.

“We’ve got to figure out a way to get it done,” Austin went on to say.

It’s unclear if Pittsburgh will get its personnel flexibility back for Week 5’s game against the Buffalo Bills. The entire Steelers’ starting secondary still appeared on Thursday’s injury report though they seem to be trending in the right direction. Minkah Fitzpatrick and Terrell Edmunds worked in limited capacity after failing to practice on Wednesday.

Ideally, the team is only without Witherspoon, still dealing with a hamstring pull, and perhaps the team will have a better plan to keeping Maulet off the field in passing downs this week. One easy switch would be to rotate Maulet and Tre Norwood, though Norwood’s likely been practicing at safety all week. The team also could bump Sutton inside and play James Pierre or Josh Jackson at RCB. Those players have soaked up more reps due to the injuries this week.