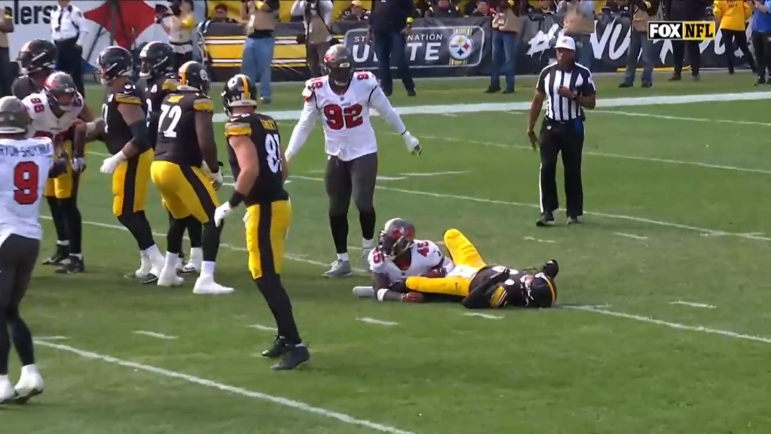 The good news from a health standpoint continues to roll in for the Pittsburgh Steelers as on Friday morning quarterback Kenny Pickett, tight end Pat Freiermuth and cornerback Levi Wallace were all cleared from concussion protocol and are on track to play in the Week 7 Sunday Night Football matchup against the Miami Dolphins at Hard Rock Stadium, the team announced.

#Steelers TE Pat Freiermuth, QB Kenny Pickett and CB Levi Wallace have been cleared and are no longer in concussion protocol.

Pickett was hurt in the Week 6 matchup at home against the Tampa Bay Buccaneers in the third quarter, exiting the game after a hard hit from Tampa Bay linebacker Devin White, forcing backup quarterback Mitch Trubisky into the game, helping the Steelers close out the 20-18 win.

Freiermuth and Wallace were both concussed in the Week 5 road loss to the Buffalo Bills and missed the Week 6 matchup against the Buccaneers.

Pickett, Freiermuth and Wallace were all full participants in practice Wednesday and Thursday, leading to the clearing of protocols on Friday.

Outside of Pickett, Freiermuth and Wallace, the Steelers are expected to see the return of cornerbacks Cam Sutton and Ahkello Witherspoon and safety Minkah Fitzpatrick back into the lineup against the Dolphins, which will provide the black and gold with a significant boost on the road.