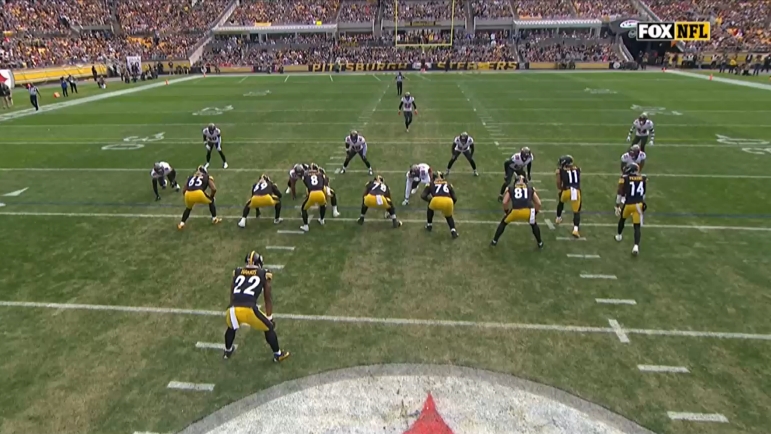 Whether you agreed with the decision or not, it was never hard to see what the Pittsburgh Steelers were attracted to quarterback Kenny Pickett coming out of the 2022 NFL Draft. There is a lot to like about him, but the only question about him—other than his hand size—was simply how far he could take his game.

Whatever he did, however, he always did with a certain swagger about him. Even since he has arrived into the NFL, he has appeared largely unflappable, at least as long as you don’t go after his knee for no good reason. In fact, wide receiver Chase Claypool believes that’s his greatest quality.

“The biggest thing that he has going for him is his confidence in his gameplay”, he told Matt Lombardo yesterday during an appearance on the latter’s show. “He’s one of the most confident dudes that I’ve met. I think you kind of need to be that when you’re a quarterback, especially for the Steelers, because things aren’t always going to be easy”.

It’s not easy to be quarterback in Pittsburgh for plenty of reasons, the weather alone being one, but of course that wasn’t an issue for Pickett, who spent the past five years playing inside Heinz Field as a member of the Pittsburgh Panthers. The name of the stadium may be different, but the weather isn’t.

The rookie first-round draft pick entered his first season as the backup to veteran Mitch Trubisky, but head coach Mike Tomlin inserted the rookie into the starting lineup at halftime in Week 4. He lost his first start in a 38-3 blowout last week to the Buffalo Bills, but, thanks to an assist from Trubisky, recorded his first win on Sunday. He’s currently working his way through the concussion protocols in the hopes of starting his third game in as many weeks.

“There’s always gonna be highs and lows” of a rookie season, Claypool said when asked what advice he would give Pickett, and which he surely has. “I think he just has to be able to cancel out the outside noise, which is what he’s been doing, and never let his confidence waiver. Like I said, his confidence is his biggest thing and he can’t let anyone turn him off that”.

On the season, Pickett has completed 55 of 83 pass attempts for 514 yards with one touchdown and four interceptions. He has nine rushes for 41 yards and two touchdowns through three games of action, with a 1-1 record.