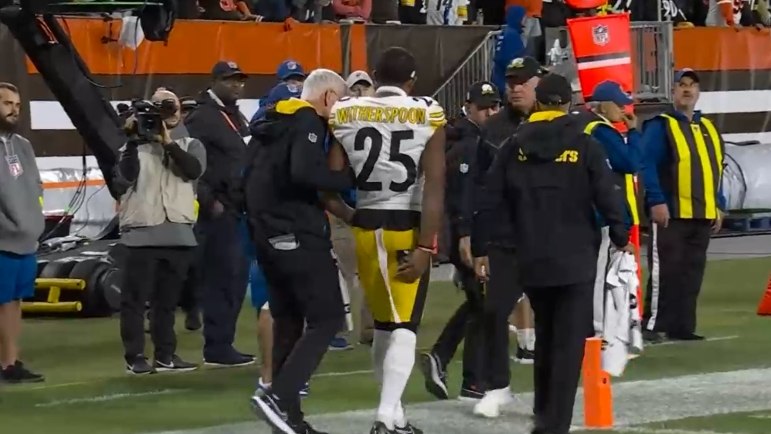 Sitting at 1-4, the Pittsburgh Steelers aren’t looking like a healthy bunch heading into Sunday’s game against the Tampa Bay Buccaneers. During his Tuesday press conference, Mike Tomlin rattled off the long list of injuries the team is dealing with ahead of Week 6.

Tomlin initially said Sutton was “out”, but clarified he could play this weekend against the Buccaneers. Sutton suffered a groin/hamstring injury in Week 4 against the New York Jets. Limited in practice heading into Week 5, Sutton left shortly before halftime.

Fitzpatrick played all but the final kneeldowns, and though unconfirmed by Tomlin, will likely play this weekend. Wallace was steamrolled by a pulling offensive linemen and left with a concussion while Witherspoon suffered his hamstring injury in Week 3. Tomlin said Witherspoon is scheduled to work this week. Pittsburgh’s secondary was woefully thin with Josh Jackson and James Pierre logging heavy snaps at corner against the Buffalo Bills.

Ogunjobi suffered a back injury early in the Bills’ game and did not finish. If he can’t suit up, Isaiahh Loudermilk may get a helmet for the first time this season. Montravius Adams finished out Sunday’s game, but the Steelers are now dealing with multiple injuries up front in addition to their secondary.

Two of Pittsburgh’s three tight ends are injured. Freiermuth took a helmet-to-helmet shot and appeared to be knocked out in Sunday’s loss to the Bills. Gentry set a career-high with five receptions but is evidently fighting a knee injury. Rookie Connor Heyward caught his first two careers passes Sunday.

Tomlin later told reporters Terrell Edmunds is close to exiting concussion protocol and seems on track to play this weekend. He missed Week 5 due to the concussion he suffered late in the first half of the team’s loss to the New York Jets.

Tomlin said he did not have an update on T.J. Watt’s status. Watt is technically eligible to return this weekend, but it seems doubtful that occurs.

Q: Any updates or progression on T.J. Watt:

Tomlin: None. None, today. #Steelers #NFL