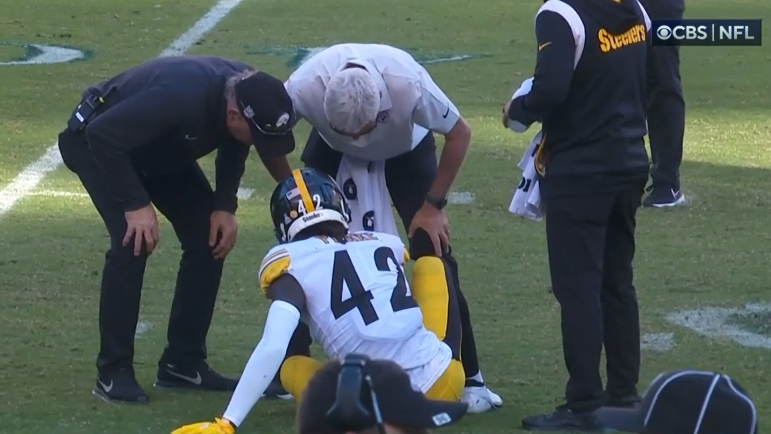 On the heels of another blowout loss, 35-13 to the Philadelphia Eagles Sunday afternoon, Mike Tomlin offered a quick roundup of the team’s in-game injuries. He mentioned just one name, CB James Pierre, who suffered a foot injury late in the game.

“From a health standpoint, James Pierre’s got a foot that’s being evaluated,” Tomlin told reporters via the team’s YouTube channel after the game.

Pierre replaced Ahkello Witherspoon shortly before halftime after Witherspoon was torched by Eagles’ WR A.J. Brown, who posted two of his three first-half touchdowns against him. Pierre seemed to play well and has given the Steelers quality snaps this season, both in the team’s upset win over the Tampa Bay Buccaneers and in today’s loss to the Eagles.

Pittsburgh’s dealt with injuries throughout the year. They were without CB Levi Wallace in this game, who suffered a shoulder injury in Sunday night’s loss to the Miami Dolphins, while Josh Jackson also sat out due to a groin injury. Witherspoon was playing in his first game since Week 3, shelved for more than a month with a hamstring injury.

The Steelers have the benefit of a bye week to rest up. They won’t play again until November 13th when they host the New Orleans Saints. Pittsburgh is expected to have T.J. Watt back for that Week 10 game. The team is 1-6 without him this season.