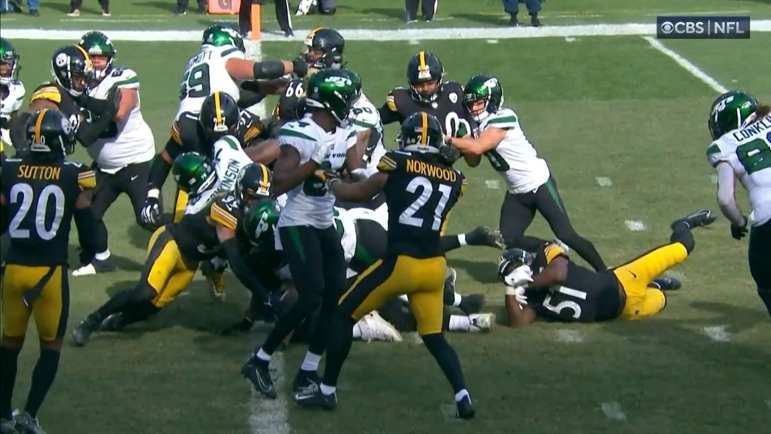 Jack Ham’s opinion is the same as most Pittsburgh Steelers’ fans. But when you’re a Hall of Famer and part of some of the greatest defenses in football history, it carries a bit more weight. Ham joined 93.7 The Fan Friday to give his evaluation of the Steelers’ defense. Needless to say, it wasn’t a glowing review.

“I’m shocked by the way the Pittsburgh defense been playing,” he told the Cook and Joe Show.

The 2022 Steelers are a far cry from the 1976 unit. Heck, it’s a far cry from the 2019 and 2020 groups. Pittsburgh’s managed to keep the score down in four of their five games this season but aside from a fantastic showing Week One, they’ve struggled to hang on. A lack of pass rush is the team’s central problem, three sacks over their last four games after registering seven in the opener. Their historic streak of 50+ sack seasons appears to be in serious jeopardy, on pace to finish 2022 with just 34. Losing T.J. Watt is a driving reason for that and he’s unlikely to return until Week 10, meaning Pittsburgh has to play three more games without him. Ham said poor depth is hurting the team more than they realized.

“You gotta have that kind of depth on your football team that the drop off when someone is out is not a huge drop off. You insert somebody else in there who can, maybe not play as great as a Watt, but still could be manageable in there as well.”

Watt’s direct replacement has been Malik Reed, acquired from Denver shortly before the season began. He’s yet to record a sack this season. In fact, aside from the Week One starters, Alex Highsmith and Watt, no Steeler’s outside linebacker has a sack this season and Highsmith is the only Steeler with more than one. Getting to Tom Brady this weekend won’t be easy other – his 2.4 second snap-to-throw time is the quickest in football.

Ham knows a thing or two about great defenses. He was one piece of the Steel Curtain, a historically good defense that ruled the 1970s, bringing four Lombardi Trophies back to Pittsburgh. He played alongside the likes of Jack Lambert, Joe Greene, Donnie Shell, Mel Blount, and countless others. Ham’s career was almost underappreciated, overshadowed by Lambert’s lore, but it was every bit as good. This Steelers’ defense could use a player like Ham. Really, they could use a lot of things right now. Sunday, they’ll look for a win or else they’ll lose five straight games for the first time since 2009.