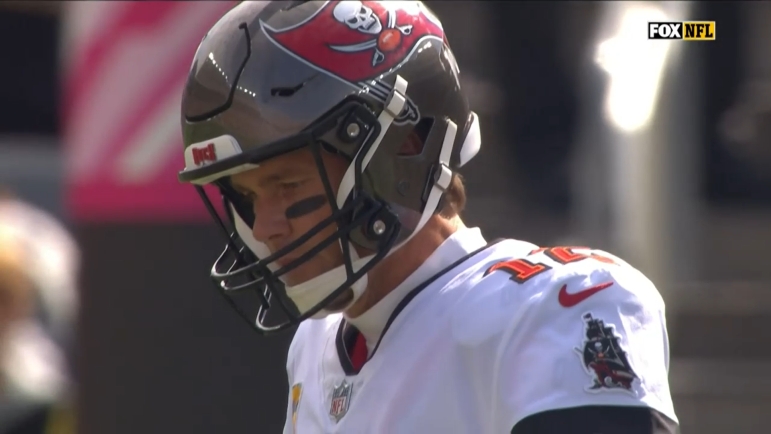 Normally when Tom Brady faces the Pittsburgh Steelers, it’s like a hot knife through butter. Sunday, it was like using a butter knife to cut down an oak tree. Little went right for the Tampa Bay Buccaneers’ offense, held to just 18 points despite facing a Steelers’ secondary that elicited a who from anyone who isn’t a die hard fan.

Speaking with reporters following the loss via the team website, Brady tried to explain what happened. His answer was only the obvious.

“I think everything, honestly,” Brady said when asked if finding WR Chris Godwin was a challenge. “Everything was a challenge. There was nothing that was not challenging to our offense. We have to do a lot better job in every area.”

Words Tom Brady has never said before after playing the Steelers. He finished the day going just 25/40 for 243 yards, a paltry 6.1 yards per attempt, with one touchdown, a pass to RB Leonard Fournette in the flat that barely even crossed the line of scrimmage. Brady didn’t deal with immense heat but Pittsburgh schemed up a better rush than they had, hitting him five times and sacking him twice.

Tampa Bay particularly struggled in the red area, going 1-4 inside the 20, forced to settle for three field goals instead of coming away with touchdowns. They also failed to sustain drives, going just 4/14 on third down and finished the day averaging just 4.5 yards per play.

While Tampa’s struggles were heightened Sunday, they aren’t an anomaly. It’s a unit that hasn’t been its usual potent self all season. That seemed to have to do more with injuries but the Bucs were largely a healthy group in this game. Instead, great talent like Mike Evans (4 catches, 42 yards) and Chris Godwin (6 catches, 95 yards on 12 targets) were held in check by a Steelers’ secondary seemingly held together by duct tape.

While Brady will always be remembered for his historic career and largely speaking, a man who crushed the Steelers’ hopes and dreams, Pittsburgh will get the last laugh. In what’s almost certain to be the final meeting between Brady and the Steelers, Pittsburgh came out on top. They made Brady look downright mortal. And maybe this game will make him realize it’s time to retire for good.