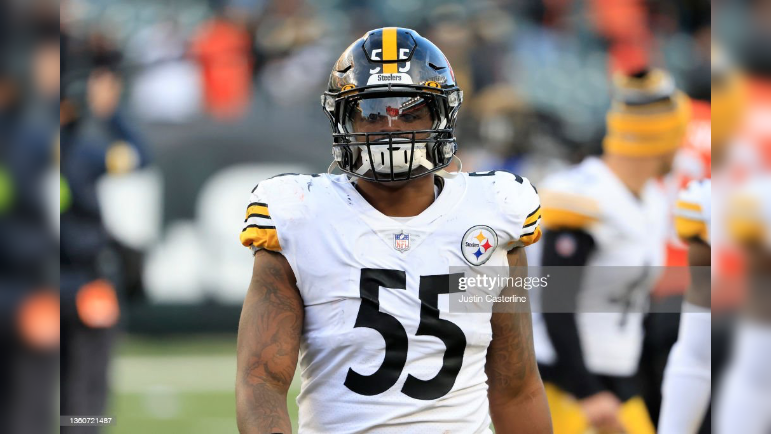 LB Devin Bush has been under much scrutiny ever since returning from an ACL tear he suffered back in 2020, looking like a shell of his former self in terms of physicality and aggressiveness on the football field. He looked lost for most of 2021, often getting flat-footed on tape and noticeably avoid contact with blockers, whether it be due to hesitancy with his knee or something else mentally holding him back.

That dismal play appeared to be following him into this season as he has been splitting time with Robert Spillane, who is a former UDFA and isn’t the caliber of athlete of Bush, but has been more consistent in his play. Still, Bush has since gained some traction since the start of 2022, showing glimpses of that athletic run-and-chase linebacker paired with the aggressiveness to stick his nose in the pile to make key stops.

Bush’s best game this season, and potentially since his knee injury two years ago, came this past Sunday against the Tampa Bay Buccaneers, where he had six total tackles and a key pass break-up on a two-point try by Tampa Bay, knocking the pass away from WR Chris Godwin to keep Pittsburgh in the lead 20-18, which would be the final score.

DC Teryl Austin was asked about Bush and his play on Sunday, leading Austin to praise Bush for his performance last week and over the last couple of weeks compared to where he was at last season.

“He’s playing varsity football for us”, Austin said to the media Thursday on video from 93.7 The Fan’s Josh Rowntree’s Twitter page. “That’s really all there is to say. He’s starting. He’s getting around the ball. He’s making some good plays. He’s active. He’s doing the things that we expect of him, and I expect that to continue.”

While many wrote off Bush as a bust after a dreadful 2021 season, Austin, HC Mike Tomlin and others stood by Bush and his struggles, recognizing what he went through in terms of coming back from major knee surgery and choosing to give him a second chance to prove himself this season. That confidence came to fruition Sunday, where Bush showed us the player we thought Pittsburgh traded up for in the 2019 NFL Draft, a sideline-to-sideline linebacker that plays well running east/west as well as filling gaps and making plays against the run.

Taking a look at the tape, #Steelers LB Devin Bush was really good against the #Buccaneers on Sunday, especially in ways that won't show up in the box score.

Guy is improving each and every week. My film room for @Steelersdepot https://t.co/pM4JaWFiwE pic.twitter.com/dq96qJkjhk

Still, while Bush is coming off a strong performance, his future in Pittsburgh isn’t guaranteed, as he had his fifth-year option declined and is in the final year of his rookie contract. Playing 64% of the defensive snaps while splitting time with Spillane next to Myles Jack, Bush will need to try an repeat Sunday’s performance against the Bucs in the coming weeks to make Pittsburgh consider bringing him back after the 2022 season, whether it be on a one-year deal or on an possible multiple-year deal.