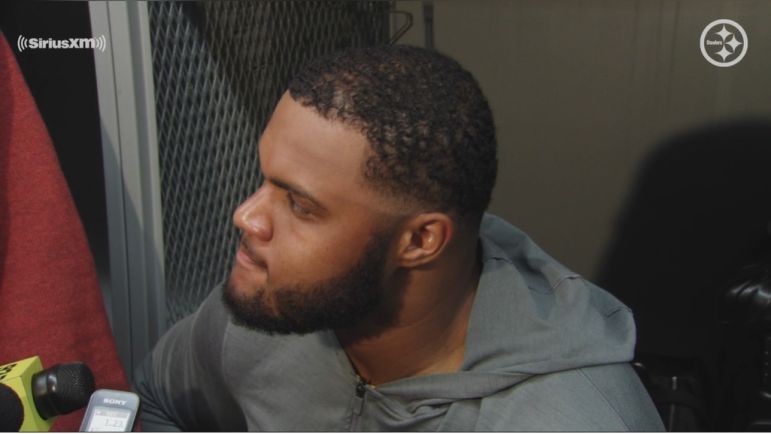 The Pittsburgh Steelers’ offense is a leaky boat. And penalties are an anchor pulling it to the bottom even more. Since the second half of the Miami Dolphins’ game, the Steelers have been a highly-penalized team, erasing what little margin for error this group has.

Against the Philadelphia Eagles Sunday, the Steelers committed eight first-half penalties. Five of them came on offense, putting Pittsburgh’s miserable offense in difficult situations. Dan Moore Jr. was called for one illegal formation, and talking to reporters after the game, knows those errors aren’t acceptable.

“Obviously you never want to put yourself in binds like that,” Moore said postgame via the team website. “It just puts you in unmanageable situations. Definitely can’t shoot ourselves in the foot like that.”

Thanks to penalties, here are some of the down and distances Pittsburgh found themselves in Sunday.

Back-breaking stuff, though to the Steelers’ credit, they overcome three penalties on one drive for their lone touchdown of the game. While some of the calls can be debated, Mike Tomlin didn’t seem to agree with the officials’ assessment, it’s still sloppy overall play compounding the team’s obvious problem. Scoring enough for this offense is hard enough without their own mental and unforced errors. It’s one of many reasons why the Steelers scored just 13 points Sunday. Now averaging a league-worst 15 points per game, the offense hasn’t eclipsed the 20-point mark all season and has done so just once over its last 13 games.

“It is frustrating,” Moore said of the team’s repeated stumbles.

Pittsburgh’s offensive line played its worst game of the season against Philadelphia, allowing six sacks, 11 QB hits, and numerous penalties. Sitting at 2-6 with no signs of things improving, it’s fair to wonder if the team will make any changes out of the bye. But finding those changes up front are tough to do. Like most teams, the Steelers don’t exactly have great depth behind their front five. Veterans Trent Scott and Jesse Davis are theoretically options to turn to. But the reality is the team will make its biggest changes this offseason and likely tinker with the o-line for a third straight season in the hopes of getting the group right.