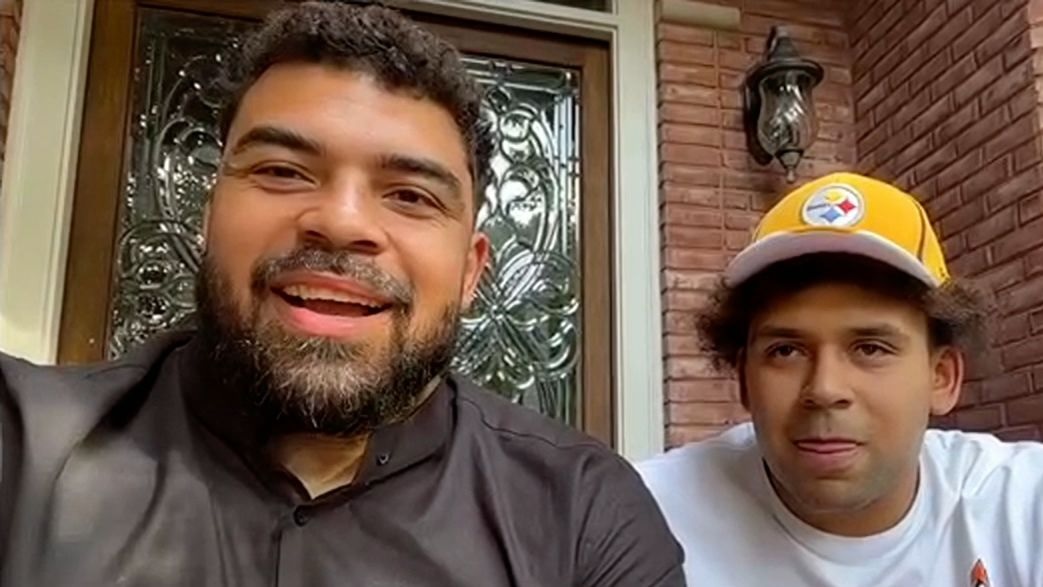 Pittsburgh Steelers DL Cam Heyward spoke to the media Thursday and discussed the conversation HC Mike Tomlin had with the team following the team’s Week 5 blowout loss to the Buffalo Bills, and previewed the team’s upcoming matchup against Tom Brady and the Tampa Bay Buccaneers this coming Sunday.

When asked about his younger brother Connor Heyward and if we should expect him to obtain a bigger role in the offense in the coming weeks, Cam said that he has been pleased with Connor’s progression thus far as he goes through his first season in the National Football League.

“I think he’s finding comfort in what he’s doing,” Heyward said regarding his brother Thursday on video from Steelers.com. “Just continuing to keep learning, asking the right questions. I know there’s mistakes. Sometimes he’s quick to point him out to me because I’m like, ‘No, no, you got to get there, you got to do that.’ And even tough times like that, he’s understanding where he needs to be better. But I’ll be excited for him. We’ll see what happens. This is his moment; got to be ready for it.”

Connor Heyward got his first meaningful playing time in what was a meaningless game for Pittsburgh in the second half after TE Pat Freiermuth left due to a concussion. Heyward played ten offensive snaps and caught his first two NFL passes for 12 yards in the contest. Heyward’s impact in the game may have been minimal due to the fact that the team was getting blown out, and he got into the game to replace Freiermuth who couldn’t return, but it was a step in the right direction for the former sixth-round selection by Pittsburgh in the 2022 NFL Draft, logging a career-high in offensive snaps while also seeing action in the passing game.

With Freiermuth still in concussion protocol, it’s possible that Heyward’s role on offense increases should Pittsburgh’s TE1 be unable to suit up against the Bucs this Sunday. Connor’s brother Cam believes that he has taken notable strides this season, being a student of the game as he attempts to learn as much as he can and ask questions, even if it means getting criticism on how he can improve from his own big brother. This may not lead to an increased role in the offense, but it will go a long way in making sure Connor is ready when his number is called.

Connor Heyward: "I've been out there practicing every day against our defense. I feel like I've gotten better," he said. "That's the plan to go out there and get better." #Steelers #NFL

While Cam Heyward has no issue sharing his knowledge and helping his younger brother correct his mistakes, he wants to make sure that Connor isn’t at the point to call him out for his mistakes just yet.

“No, we’re not at that point right now,” Cam Heyward said jokingly.