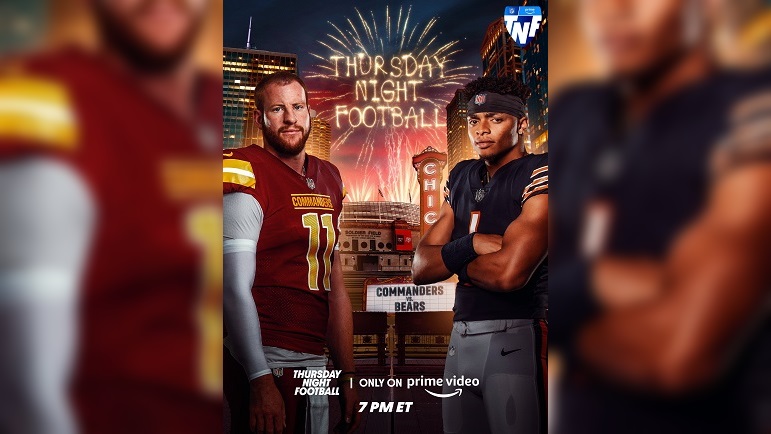 Are you ready for some Thursday night football? I know I am. Okay, you got me – I’m not really looking forward to this game.

The Washington Commanders and the Chicago Bears will kick off Week 6 of the 2022 NFL season Thursday night on Amazon Prime. The Commanders are attempting to move to 2-4 on the season while the Bears are looking to notch their third win of 2022.

Tonight’s game features quarterbacks Carson Wentz and Justin Fields playing against each other, so it figures to be an extremely entertaining game between two NFC teams. Ok, not really. Both of these quarterbacks have been ass so far this season. Hopefully none of you read that. The Commanders entered Thursday as a 1-point road favorite over the Bears.

Unless you are a degenerate gambler, like me, or have players on your fantasy teams going tonight, like me, you probably have no reason to watch this crappy game on Amazon Prime. Instead, you will likely be watching the Pittsburgh Penguins first game of 2022 tonight. If, however, you want to follow along with the Thursday night NFL game, we’re here for you.