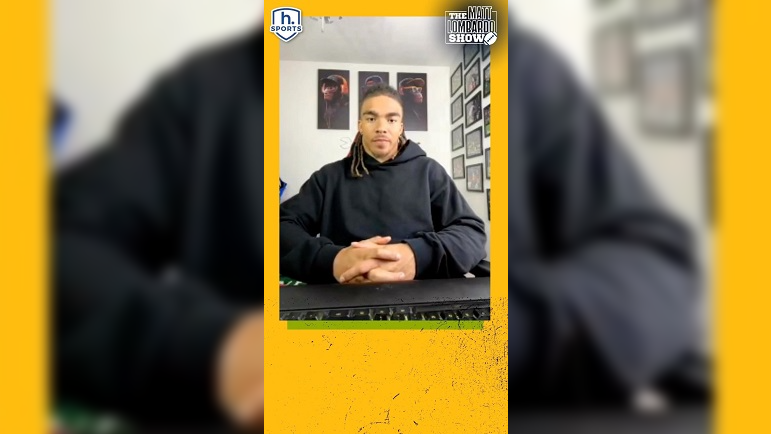 When the Pittsburgh Steelers selected wide receiver George Pickens with the 52nd overall pick in April’s 2022 NFL Draft, the idea behind the selection was turning a solid duo of Diontae Johnson and Chase Claypool into a terrifying trio for quarterback Mitch Trubisky and rookie first-round pick Kenny Pickett moving forward.

Throughout much of training camp and the preseason, that looked to be the case as all three showed flashes of greatness in the Steelers’ offense. Once the regular season started though, things changed a bit.

In the first five games of the season, Johnson struggled with consistency, though he made some incredible grabs. Same for Pickens, who was getting rather frustrated with the lack of targets and usage until making likely the catch of the season and one of the best catches in NFL history on Thursday Night Football in Week 3 against the Cleveland Browns.

On Sunday in Week 6 against the Tampa Bay Buccaneers, it was Claypool’s turn to bust out, as he hauled in seven receptions for 96 yards and a touchdown — the first receiving touchdown of the year for any Steeler wide receiver.

In fact, throughout Sunday’s win over the Buccaneers, all three receivers played at a high level, helping the offense move the football in the second half with big plays and big conversions. Claypool has been the talk of the town coming out of the impressive performance and is starting to earn some national praise, too.

Tuesday, Claypool appeared on the Matt Lombardo Show on Heavy Sports to talk about his impressive showing. In the midst of talking about his breakout performance, Claypool also showered Pickens with some praise, stating how important he is to the offense overall, especially while discussing the great catch he made.

#Steelers WR Chase Claypool had a pretty strong take on why he thinks Kenny Pickett has a chance to be really successful in Pittsburgh, during an appearance on @HeavyOnSports’ The Matt Lombardo Show.

“Yeah, he adds instant depth to the team. He adds that deep field presence and the down the field presence that makes defenses have to respect it,” Claypool stated to Lombardo, according to video via the Heavy Sports YouTube page. “Whether they have to send a safety over or if they have to push their corners a little bit back. So, George is an insane athlete, so it definitely helps everyone else out on the field.”

Coming out of Georgia, Pickens was viewed as that deep ball threat, one that could stretch the field vertically, threaten defenses deep and win in contested-catch situations. So far, he’s done that a few times, but it’s quite threatening defenses deep, in large part due to the style of the offense and the route tree he’s being asked to run.

Earlier in the season some deep shots were there for Trubisky to take to Pickens, but for one reason or another the veteran quarterback was hesitant to cut it loose.

When things are rolling though like they were on Sunday, defenses are going to worry about Pickens and Johnson on the boundary, which hypothetically would open things up over the middle for Claypool, which is where he feasted in Week 6.

Hopefully things can keep rolling for the receivers, regardless of who is under center, and performances like the one turned in Sunday by Claypool and the rest of the receiving room becomes the norm.