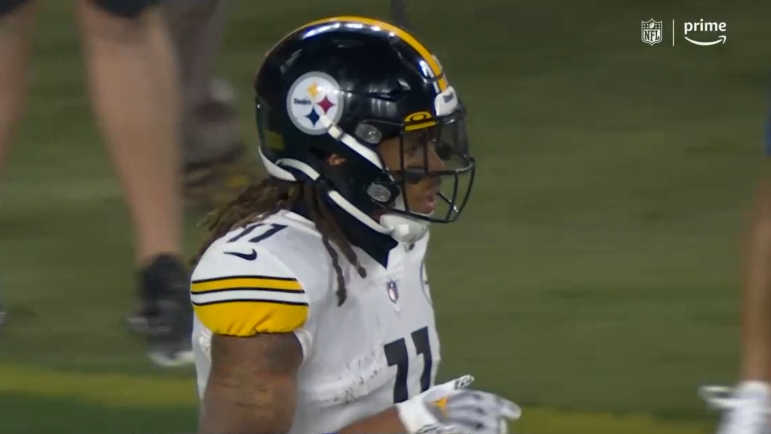 The offense yet again sputtered as they failed to establish drives consistently and had no use of a deep passing game as Pickett averaged 5.8 YPA. WR Chase Claypool is well aware of the lack of a vertical passing game in Pittsburgh’s offense at the moment and made that known after the game in the locker room Sunday night.

Claypool: "I just think we need more go balls. Like, damn, not enough go balls. We got playmakers. I haven't had a go ball all year. George needs more, (Diontae) needs more. I'm not saying that's on the playcalling, I'm just saying we need to try to find a way to scheme it up."

“I just think we need more go balls,” Claypool said post game via a Tweet from ESPN’s Brooke Pryor. “Like, damn, not enough go balls. We got playmakers. I haven’t had a go ball all year. George [Pickens] needs more, Diontae [Johnson] needs more. I’m not saying that’s on the play calling, I’m just saying we need to try to find a way to scheme it up.”

Claypool isn’t placing the blame on the offensive scheme and play caller OC Matt Canada who has been heavily criticized this season for his bland, predictable offense that has become even worse than what it was last season with Pittsburgh struggled to move the football with Ben Roethlisberger in his final season. While Canada should field some of the blame, part of that blame should also fall on rookie QB Kenny Pickett who only attempted five passes of 20 or more air yards in Sunday’s loss to the Dolphins.

Needless to say, the offense is a mess and will continue to be a mess until the Steelers find a way to stretch the field vertically to make opposing defenses play them honest. They have the weapons to get the job done at WR, but it is going to take a collective of Canada scheming up deep shots more regularly in the offense as well as Pickett making the correct read and taking shots when they are there in order to see Claypool and other pass catchers to make big plays down the field.