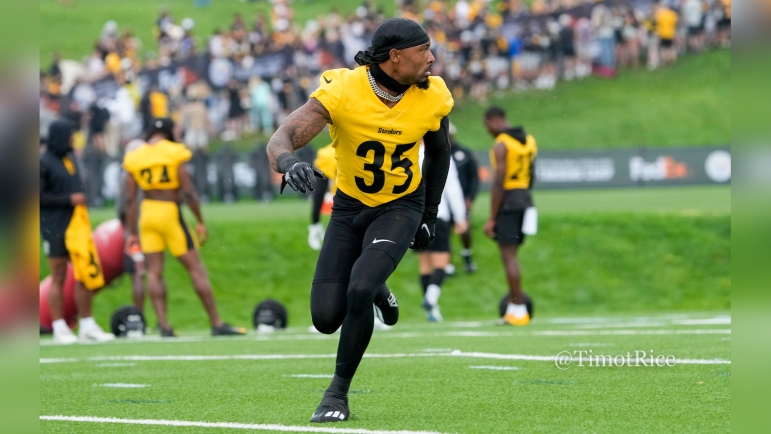 Arthur Maulet has bounced around the NFL over his seven-year career, but has finally found a home for himself in Pittsburgh. After signing with the Pittsburgh Steelers in the 2021 offseason as a replacement for Mike Hilton in the slot, Maulet has found consistent playing time. Recently he was the subject of attention after being critical of the locker room after Pittsburgh’s 38-3 loss to the Buffalo Bills.

However, this almost never happened, as on the Arthur Moats Experience With Deke Podcast, Maulet explained that was planning on retiring this offseason. Maulet said that signing with Pittsburgh was a “culture shock,” and that it made him love football again.

“A lot of people don’t know, last year was going to be my last year playing football, but I kind of fell in love with it again. Obviously they extended me and I’m taking advantage of every opportunity.”

Maulet explained why he anticipated 2021 being his final year.

“Honestly just coming from the Jets, being a journeyman as well, just busting my butt and not really seeing anything to offer from it.”

Since joining the Steelers, Maulet has been a ball of energy on the defensive side and has played in almost every game. Last season he saw game action 16 times, which was the highest of his career up to that point. If Maulet stays healthy this year he will break that number. In addition, he is on pace to start the most games of his career. So far Maulet has started in four games this season. His highest total of starts in a season is six, which he recorded in 2019 with the New York Jets.

Maulet has been off to a good start to the season for the Steelers, recording 25 tackles, one quarterback hit, and forcing a fumble. He is not the biggest name on the Steelers’ defense, but he does his job and is in an environment he loves, referencing his appreciation of how head coach Mike Tomlin and the Pittsburgh coaching staff tells it how it is and is honest with each and every player.

Maulet loves the game of football, and being in the Steelers’ facility has helped him truly enjoy his childhood dream of being an NFL player. Six years into his professional career, it doesn’t seem like Maulet will be leaving the NFL anytime soon.