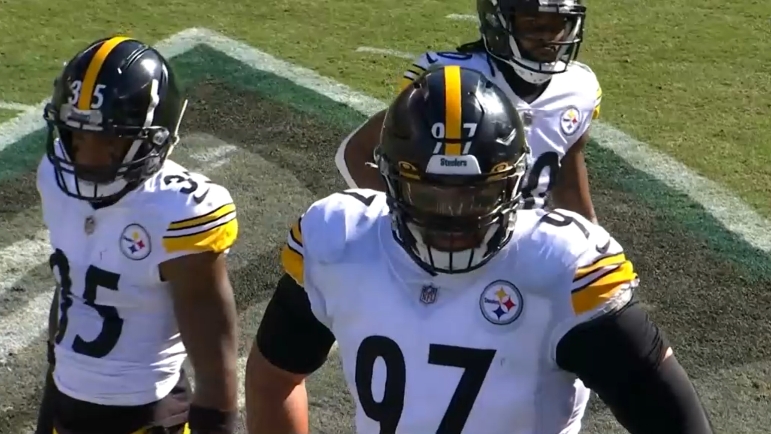 Sitting at 2-6 entering the bye week, the Pittsburgh Steelers are in uncharted waters as a franchise.

Things have spiraled out of control after a surprising opening week win over the Cincinnati Bengals in overtime. Since that win, the Steelers have lost six of their last seven games, and can’t seem to create much pressure on opposing quarterbacks, consistently stop the run, or take away the football on the defensive side of the game.

Offensively, it’s a struggle to move the football and put up points for the black and gold right now. Though the record is ugly to look at, entering the bye week now could be a blessing in disguise for the Steelers, giving them time to make the necessary changes and adjustments on both sides of the football to hopefully return to their winning ways under head coach Mike Tomlin.

Defensive captain and team leader Cameron Heyward, while eager to try and get the bad taste of losing out of his mouth as quickly as possible, had a fresh outlook on the bye week, which is much-needed now for the Steelers, stating that the off week will give the Steelers a chance to sit back and see what the hell’s going on leading to the struggles.

“There’s an eagerness to get this bad taste outta your mouth. Got two weeks to really dive in and see what’s going on,” Heyward stated to reporters following the loss, according to video via the Steelers’ official YouTube page. “A lot of times you don’t get to address all the problems you want to because you gotta move on to the next opponent. They’re gonna hit you in those [areas] but now we get to really sit back and see what the hell’s going on, and I’m looking forward to diving into that.”

Heyward sounded tired and out of answers during his press conference following the 35-13 loss to the Eagles, extending the Steelers’ losing streak in Philadelphia to 10 games dating back to 1965.

Sunday’s performance was another display of the issues the Steelers have, from generating a consistent pass rush, eye discipline against the RPO, coverage ability on the back and, and then being unable to protect the quarterback, establish a run game, or make plays down the field offensively.

There’s a lot wrong with this Steelers team right now, and a bye week won’t correct them all. That said, it will be good for the Steelers to take a step back in the week ahead, assess the issues from an overarching view, work on them in practice and then prepare for the Saints.

Getting T.J. Watt back after the bye week will undoubtedly help the defense, but there’s so much that needs corrected. Hopefully the coaching staff and the players can identify the biggest issue on both sides of the football in the days ahead and get to work fixing it, or the season has a chance to truly derail after the bye week.