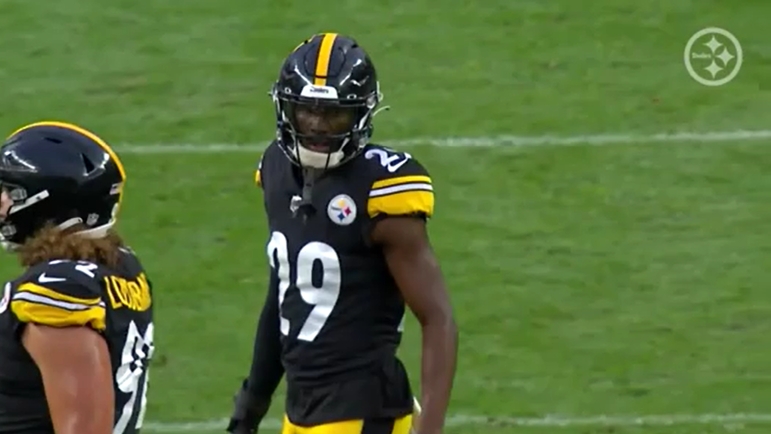 For three seasons as members of the Buffalo Bills, star wide receiver Stefon Diggs and cornerback Levi Wallace saw a lot of each other daily in training camp battles and throughout practices.

Now, that matchup will take on a different meaning on Sunday as Wallace rides into Highmark Stadium in Buffalo as a member of the Pittsburgh Steelers, aiming at slowing down one of the league’s top wide receivers in Diggs as the Steelers look to get back on track.

While that might seem like a bit of a mismatch on paper, there’s familiarity there between the two, which could give Wallace a bit of an advantage, as far as preparation and understanding tendencies goes. That’s not going to help him completely slow down Diggs on Sunday, but it does give him a leg up, considering he saw up close and personal how Diggs prepared day after day the last three seasons.

It won’t be just Wallace tasked with slowing down Diggs on Sunday, but it is a matchup that the Bills’ star is looking forward to, he stated Wednesday while speaking with reporters ahead of the matchup with the Steelers, according to Steelers.com.

“Levi played helluva ball when he was here. He never made many mistakes,” Diggs stated to reporters, according to Steelers.com. “He made a lot of plays. He’s smart, he’s instinctual. He is a great player. It’s going to be a task going against someone you went against year in and year out, each and every day. Something I look forward to.”

Since joining the Steelers on a two-year, $8 million deal in free agency, Wallace has been praised over and over again for his football IQ and ability to make plays without making mistakes. He’s often in the right position, is a sound tackler overall, and goes about his business quietly, yet at a high level.

He’s not going to provide much splash, but he’s a steady presence in the secondary, one the Steelers will need to lean on heavily on Sunday against his former team, especially with how banged up the secondary is entering the Week 5 matchup.

In four years with the Bills, Wallace went from an undrafted free agent out of Alabama — where he was a walk-on turned starter — into a four-year starter that played at least 76% of the snaps every season for the Bills. Now, he’s tasked with helping solidify a rebuilt secondary in Pittsburgh. That task continues Sunday against a team he knows inside and out.