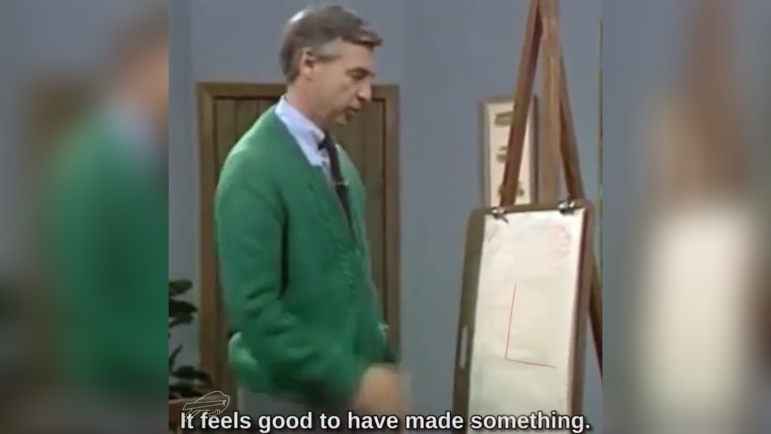 It’s increasingly becoming common practice for corporations to employ personable and relatable social media managers to promote their image and increase their likeability to appeal to their intended demographics. Sports franchises are certainly no exception to this, and indeed several of them, including in the NFL, have come to be associated with it—some because they’re good at it, others not.

The Buffalo Bills were good both on the field and on social media yesterday, handing the Pittsburgh Steelers a big L on each. After stomping them 38-3 during the game, their social media account on Twitter trolled them with a beloved area icon—with none other than Fred Rogers drawing them up a big L.

Well played, and sadly, well earned. It’s not the first time one of the Steelers’ opponents trolled them deservedly on social media following a bad game. George Pickens got a piece of the blowback after the Cleveland Browns—who just lost two in a row since—when they meme-ified his well-trodden post-draft meme to show the rookie receiver staring at their 29-17 defeat.

It’s the spoils of the victor. When you’re bested in competition fair and square, you’re open to ribbing, and my god are the Steelers’ ribs exposed this year. This is a theoretically talented them that is practically showing very little of it.

Sure, we are seeing glimmers of promise and potential, particularly from young players, that might offer some promise of the prophesized better days (which is better than prophesized flaming globes), but as Cameron Heyward said after the game, “If there’s anybody who can say they had a great game, you’re not searching hard enough”.

The Steelers are currently an awful team, and they have serious unresolved issues in virtually every facet that have shaped the current product, from talent evaluation and procurement to coaching, schematics, personnel, execution, and of course health as well.

I think we all accept by now, except for Chris Hoke, that T.J. Watt is not going to be a magic elixir that cures the defense when he gets back, and that’s not going to do a damn thing for the offense, anyway. I’m afraid Mr. Rogers is going to be handing out a lot of Ls in the neighborhood in the near future.