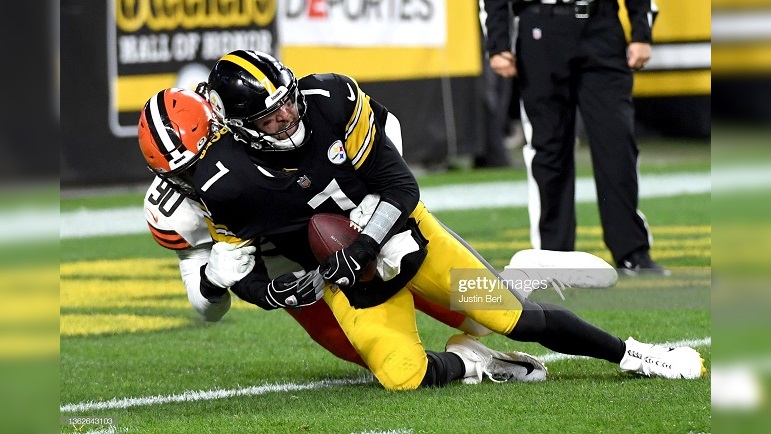 Ben Roethlisberger no longer holds an NFL record. And that’s a good thing. With Tom Brady sacked twice tonight by the Baltimore Ravens’ defense, he has surpassed Roethlisberger as the most-sacked quarterback in NFL history. He’s now been taken down 555 times, one more than the 554 Roethlisberger had in his career.

Brady was sacked twice late in the first half of tonight’s game with this play breaking the record shortly after tying Roethlisberger’s career mark.

Tom Brady officially becomes the most sacked QB in the history of the NFL, with sack number 555. pic.twitter.com/FhDTRW47lP

Of course, Brady has played a lot longer than Roethlisberger, entering the league years before and still playing even after Roethlisberger’s retirement. It’s a bit of a volume stat. David Carr got sacked a bunch but wasn’t good enough to play in the league for 15+ seasons like Brady, Roethlisberger, and others who top the list. But for Roethlisberger, it’s nice to be kicked off this first place spot. Here’s the top three of all-time.

Roethlisberger entered the league taking far too many sacks due to his Backyard Ben nature, living and dying by the sword with his extend-the-play nature. He was sacked 30 times as a rookie despite playing in a run-first offense. His sack totals spiked as the offense began to revolve around him. By 2006, he was sacked 46 times and was taken down a league-high 50 times in 2009.

A switch in coordinators to Todd Haley helped change Roethlisberger’s playing style, throwing from within the pocket more often with a quicker snap-to-throw time. He became one of the league’s least-sacked QBs by career’s end. In 2020, he was sacked just 13 times or 2.1% of his dropbacks, the best mark in the league, giving him the rare distinction of being one of the league’s most and least sacked quarterbacks over the course of his career. Now, he’s just in second place.

The next closest active player on the sack leaderboard is Aaron Rodgers’ 513. Only one other active QB, Matt Ryan, charts the top ten, and Ryan was benched for the season earlier this week.