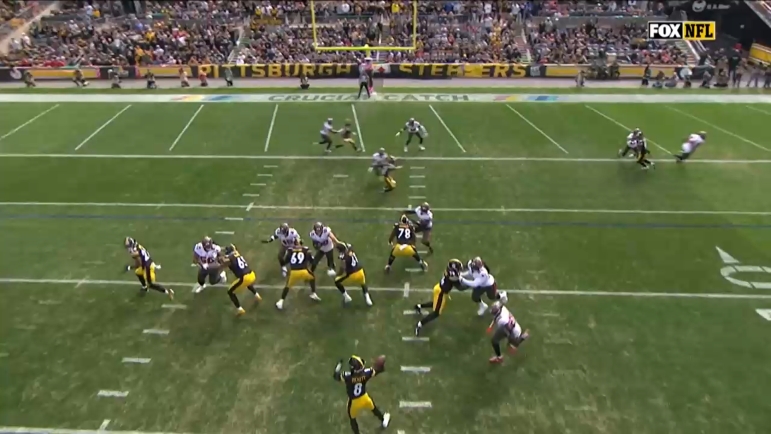 Pittsburgh saw something on Sunday that it hadn’t seen virtually for decades: a new franchise quarterback starting his first game in the stadium. The venue name may be different, but the result was the same: a win. Ben Roethlisberger won his first start at Heinz Field back in 2004, and on Sunday, Kenny Pickett won his first at Acrisure Stadium.

Okay, the circumstances were somewhat different. For starters, Pickett was knocked out of the game due to a concussion in the middle of the third quarter. But he took the lead on his opening drive and never relinquished it while he was in the game. And Roethlisberger was impressed.

“The offense, great first drive”, he said on the latest episode of his podcast that aired yesterday, entitled Footbahlin. “I thought Kenny had a great drive. Everybody contributed. So that’s the way you want to start the game”.

While Pickett scored two rushing touchdowns in his first game two weeks ago, Sunday’s game against the Tampa Bay Buccaneers marked his first career touchdown pass, a short six-yarder to running back Najee Harris, which Roethlisberger registered as a momentous play. “Congratulations to Kenny for his first NFL touchdown”, he made sure to say.

The Steelers scoring a touchdown on their opening drive was significant, considering that the team had not achieved that in a while, all the way back in the middle of last season, when Mason Rudolph had to start against the Detroit Lions while Roethlisberger had COVID-19.

Although he only finished the game having completed 11 of 18 pass attempts for a meager 67 yards and the one touchdown, Pickett had shown throughout his play in his first three games flashes of the player they believed they would be drafting back in April.

Mitch Trubisky played quite well in relief of Pickett, however, and helped to finish off the game, leading a second touchdown drive capped off by a score from himself to wide receiver Chase Claypool. That proved to be enough to beat the Buccaneers, coupled with his game-ending 4:38-minute drive to keep the ball away from Tom Brady. Roethlisberger offered praise for Trubisky, as well.

Of course, the immediate priority right now is Pickett’s health as he goes through the concussion protocol before he can return to action. Head coach Mike Tomlin plugged him into the starting lineup at halftime in Week 4, and that’s where he figures to remain whenever he is ready and able.