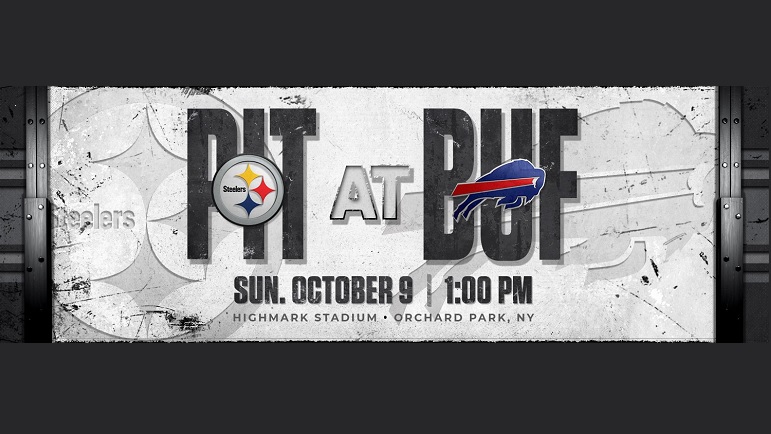 The Pittsburgh Steelers are facing their largest deficit going into the half since last year against the Cincinnati Bengals. 31-3 with little “good” to build off of in the second half. Kenny Pickett played well through the first quarter, but the defense has completely let the team down allowing far too many explosive plays so far.

James Pierre was injured on one of the touchdown passes near the end of the first half, so the secondary is even thinner.

Kenny Pickett connected with Diontae Johnson on the first play of the half for 23 yards.

Defensive pass interference advanced the Steelers across the midfield mark.

1st and 10, a dump off to Najee Harris who fought his way for 9 yards. Pickett to Claypool for another 9 on 2nd.

1st and 10 from the 24 yard line, Diontae Johnson good for 6 yards. Now in the red zone, 2nd and 3 and Pickett rolled out into the sack as he ran out of bounds. 3rd and 6, incomplete pass intended for George Pickens. Pickett threw the ball away. 4th and 6, and Pickett is going for it. Diontae Johnson caught the first down pass, but the ball was punched out for the incompletion. Another drive killed by Diontae.

Demarvin Leal injured for the Steelers on a 8 yard run by Singletary. Leal looks fine standing on the sideline and he walked off the field.

Now in the red zone, the Bills burn a timeout to avoid delay of game. Josh Jackson called for defensive pass interference in the end zone. 1st and goal from the 1 yard line, Quinton Morris fumbled recovered by Josh Jackson for a touchback.

Jackson was elevated from the practice squad yesterday.

Pickett to Pickens two straight for 20 total yards. 1st and 10 and Pickett was sacked by Von Miller. On 2nd and 16, Pickett hit Freiermuth for a gain of 7, but Freiermuth was hurt on the play. He had to be helped off the field. Pickett converted to Chase Claypool with a gain of 20.

Najee Harris for no gain on 1st. On 2nd, Pickett scrambled and slid for a gain of 10. The offensive line retaliated on a late hit as Pickett slid which moved them back to 3rd and 15. Complete to Gentry on 3rd for 7 yards. 4th and 8 attempt upcoming.

“Legal action” according to the refs. Now a 4th down attempt that should have never happened. Should have had a fresh set of downs. Dan Moore called for false start. 4th and 13. Tomlin putting Boswell back out there. Field goal is no good, wide left.

That was one of the more upsetting sequences to end that drive. Kenny Pickett is playing well, but you would never know by looking at the score.

James Cook up the middle for 24 yards after a 41 yard gain by Stefon Diggs. Touchdown 38-3 Bills.

Steelers TE Pat Freiermuth out with concussion vs. Billshttps://t.co/dGeXaxfXSB pic.twitter.com/qThg6i5Yq3

Kenny Pickett complete to Jaylen Warren for 10 yards on 1st down. The next play, Warren rushed up the middle for 1 yard before picking up 10 the play after on a draw play.

On 1st and 10, Pickett complete to Warren who picked up 12 fighting through tackles. Pickett took a shot while delivering that pass.

Chase Claypool received a pass in the middle of the field for 6 yards. Gentry the next play for another 6.

Kenny Pickett's battled today. No doubt about that. #Steelers

Incomplete to Claypool on 1st and 10. 2nd and 10, incomplete to George Pickens. Pickens nearly got in bounds, but Tomlin opted to not challenge. 3rd and 10, a deep shot to Diontae Johnson incomplete. 4th and 10, a pass at the sticks to Claypool also incomplete. Yet another turnover on downs. Claypool should have caught that for a conversion.

Twitter is mostly *crickets* at this point with the only exception being outrage not suitable for this thread.

Case Keenum checked into the game. On 3rd and 4, Keenum complete for 3 yards to Hodgins. Maybe the Bills will have their first punt of the day. Punt unit coming on the field. 61 yard punt results in a touchback.

The first down pass was intended for Zach Gentry. Into a little traffic, but fell incomplete. Jaylen Warren rushed for no gain on 2nd. 3rd and 10, Claypool targeted over the middle, but it fell incomplete. Another ball that probably should have been caught by Claypool. Pressley Harvin’s punt went just 34 yards.

Another quick three-and-out for the Case Keenum led Bills. James Pierre nearly intercepted the 3rd down pass. The punt once again resulted in a touchback.

Pickett to Connor Heyward on 2nd and 3rd to convert. False start on 1st by Chase Claypool. 1st and 15, Pickett complete to Warren for 13 yards. Warren with a carry for 12 the next play.

On 2nd and 6, Pickett threw an interceptable ball. It was deflected twice by defenders before Zach Gentry high pointed the ball. 11 yards to Boykin and 5 yards to Claypool gets the Steelers in the red zone.

It sure would be nice for Pickett to get a touchdown in his first start. He deserves it with his play today.

Pickett up to 328 yards passing #Steelers

3rd and 6, Pickett sacked by AJ Epenesa. Loss of 8. 4th and 15, and it looks like Tomlin is going to let Pickett take his final shot. Pickett takes a late hit on his knee. It could have been bad, but it appears he did not get injured. Pickett showed some fire after the play picking fights with the edge rusher.

AJ Epenesa was ejected for engaging with an official in that scrum.

With TJ Watt, the Steelers had seven sacks in Week 1.

Without Watt, the Steelers have three sacks in Weeks 2-4.

Since 2017, the Steelers have four games where they didn't record a sack. Watt missed three of those. Zero sacks against the Bills today. #Steelers