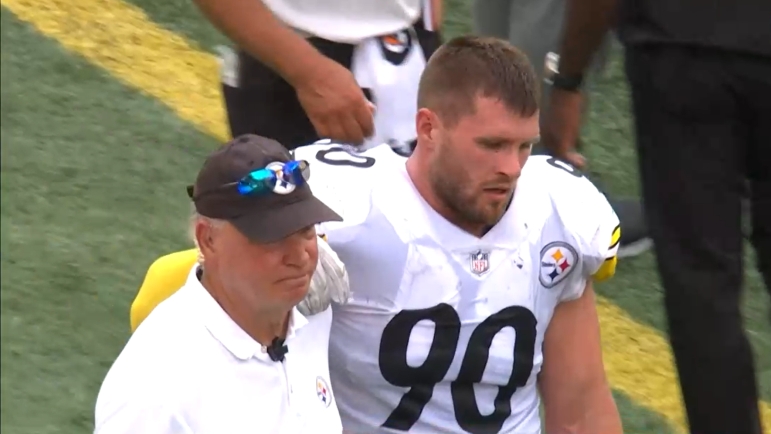 While Steelers fans were excited yesterday about the news of one defensive player beginning to make his way back from the Reserve/Injured List, we all know that’s not the news that everybody has been waiting for.

It’s great to hear that safety Damontae Kazee is back practicing, which indicates that he should be able to return to the field within a few weeks. But what fans really want to know is when they will see outside linebacker T.J. Watt again.

The reigning Defensive Player of the Year suffered a strained pectoral muscle and a knee injury in the season opener, prior to which he had already recorded a sack and an interception. He has missed the past five games, during which the team has gone 1-4 without him and has really struggled to generate consistent pressure.

News of Watt having a cleanup procedure on his knee was met with frustration by fans who worried that it would push back his timeline for return, especially since it’s already been torture having to watch the season without him.

With this week’s practices wrapped up, the Steelers have only one more week, preparing for the Philadelphia Eagles, before heading into their bye. Will Watt be back on the field by then, with an eye toward being ready to get back on the field in week 10?

Any game for which they have him on the field is tremendously valuable, so every week counts. That is especially the case considering how tight the AFC North division is. The Baltimore Ravens and the Cincinnati Bengals are both 3-3, while the Steelers and Cleveland Browns are sitting at 2-4.