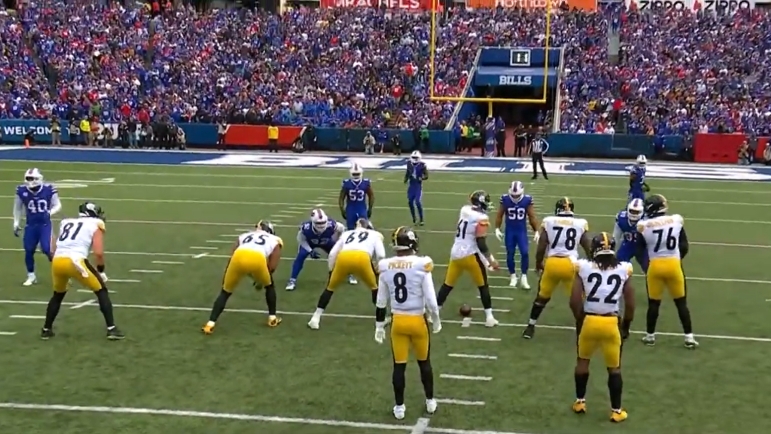 Question: Will the offense put up more than 20 points today for the first time this season?

14. 17. 20. 3. Those are the point totals for the Steelers’ offense thus far through five games. As a team, they put up 23 in the opener, their only victory, but that included a pick-six. Week 4 was the only game in which they hit 20 points thus far, with two Kenny Pickett rushing touchdowns and two Chris Boswell field goals.

The two touchdowns in that game came in the second half after Pickett replaced Mitch Trubisky, but the offense only scored a single field goal (albeit with two missed attempts, and three turnovers on downs in field goal range) last week with Pickett in the starting lineup.

But there’s nothing saying that they can’t finally look like an NFL offense today, for at least one game. Pickett looks like he knows what he’s doing, and now he has a full game under his belt. The wide receivers have talent. There are simply plays they have to finish that they didn’t last week.

And running back Najee Harris will be playing for the first time without a steel plate in his shoe to protect the foot that he injured in training camp. One has to imagine that that will provide some type of improvement in his play—and if not, there’s always Jaylen Warren available for a larger role.

Of course, the offense scoring more points today doesn’t mean they win. They are playing Tom Brady and the Tampa Bay Buccaneers, after all, and while they may not be off to their hottest start themselves, they are certainly capable of lighting up the scoreboard. And the Steelers are barely even fielding a secondary in this one.

You usually don’t get 35-point losses like last week. It’s usually a back and forth when one team is putting up numbers. I do think there’s a case to be made for the Steelers finally putting up a respectable offensive point total today—and an even better case for the defense allowing an offensive amount of points, as well.