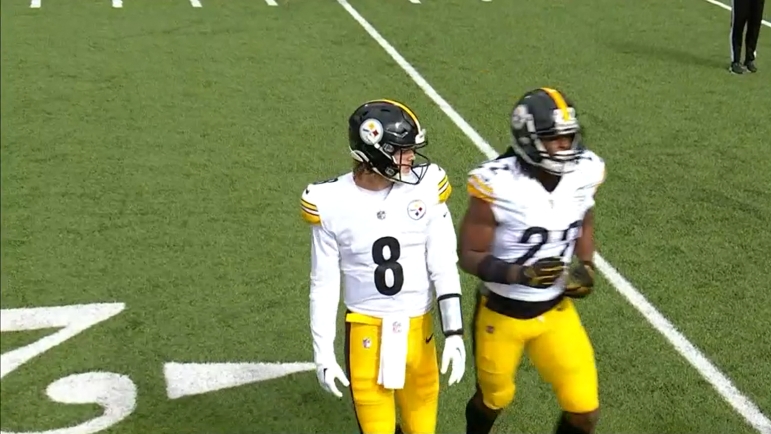 Question: What did Kenny Picket show us in his first start?

There is only so much that you can learn about a player, positively or negatively, based on one game. Kenny Pickett has played 90 minutes of NFL football at this point, so nobody should be making definitive statements about who he is or what his future holds.

But we can still talk about what we saw, and there are some factual statements that we can start with. One fact is that the offense only scored three points all game. Another fact is that he threw for over 300 yards, and moved the ball at least 45 yards or more on the majority of his possessions.

Another thing that we know is what his teammates said. Everybody appears to feel comfortable with Pickett as a leader in the huddle. We have seen that his teammates have that natural impetus to have his back in ways that are not necessarily automatic or taken for granted.

Now we’re turning the floor over to you. What did you see from the rookie quarterback in his first start? It was on the road against an opponent that was universally regarded as better, both on offense and on defense. He never got a chance to even touch a football without trailing by at least seven points.

Of course, it matters less what we saw from him on Sunday, and more what we will see from him next Sunday, and the Sunday after that, and the Sunday after that. The Steelers drafted him in April with the hopes that he’ll be playing in February for years to come. But we only have what we have to go on at this point, and so that’s what we talk about.