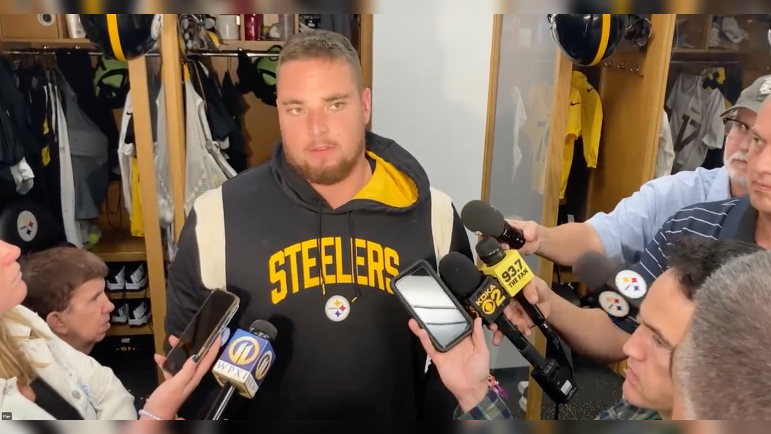 Question: Is ‘the media’ having an impact on the locker room’s cohesion this season?

Steelers running back Najee Harris made some public comments last week, taking issue with the manner in which the media, or at least media members, have framed the locker room, the questions players have been asked, and how their answers have been portrayed.

Though he likely did not mean it as literally as it could be read, he said of the media that “you guys are breaking us up”. He kept stressing that the locker room is in the process of building cohesion and togetherness as a team right now, and basically said that the media wasn’t helping (but then again, when do they—or perhaps, we) ever help do that?

I have to say that personally speaking, ‘the media’ this season has been about as bad as I’ve ever seen it when it comes to conflating statements that players make in order to fit them into narratives that they’re trying to promote, in this case the narrative of a divided locker room, making claims that players were taking veiled shots at teammates when, even generously speaking, such insinuations were a major stretch at best.

Performing poorly overall and losing games is obviously not going to help make people feel all happy and jolly. Chances are there are plenty of players who aren’t happy about certain things, but that comes with losing, and not just losing, but also struggling while losing.

But the question is ultimately this: is this media impact actually having any effect in the locker room? Is this something that the players are getting together and talking about? For example, did Mitch Trubisky have to talk to George Pickens and Diontae Johnson when media members claimed that he was taking shots at them while praising Pat Freiermuth?

‘The media’ unfortunately has two jobs. One is to cover the team and report information. The other is to financially justify their own perpetuation. Sometimes they take liberties with the former in order to aid the cause of the latter—or else they just don’t know how to listen or read.