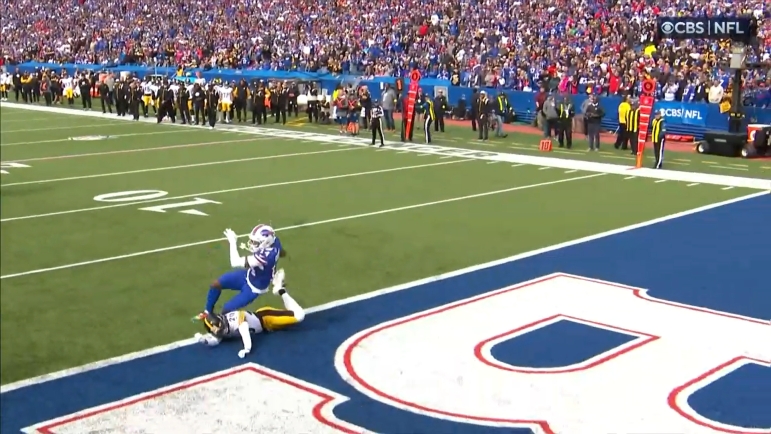 Question: How bad is this secondary secondary going to be?

No, that’s not a typo. The Steelers are about to field a b-team defensive backfield against the most accomplished player in the history of the game.

In case you haven’t yet seen the final injury report for the week, it’s, uh, a bad one. virtually the entire starting secondary will be missing the game, barring strong safety Terrell Edmunds, who just missed last week’s game due to a concussion.

Ruled out are free safety Minkah Fitzpatrick and the team’s top three cornerbacks: Cameron Sutton, Levi Wallace, and Ahkello Witherspoon, who has already missed a couple of games. This leaves the team with James Pierre and practice squad player Josh Jackson starting on the outside with Arthur Maulet in the slot, and with Tre Norwood at free safety.

And, like, no depth. Miles Killebrew is the only backup safety on the 53-man roster, though they’ll elevate Elijah Riley from the practice squad in addition to Jones, as they did last week. They may have to make a roster move to promote somebody to the 53 just for depth, such as Mark Gilbert or Quincy Wilson.

Doing so, however, would necessitate making a roster move, either releasing/waiving a player or placing them on the Reserve/Injured List. Neither is desirable, but the lack of depth for this game is obviously extremely concerning. It’s not often you have four starting members of the secondary out simultaneously.

So the question is simply, how bad is this going to be? I mean, the Steelers are about to play Tom Brady. He may not be the Tom Brady of a decade ago, but he’s still throwing the ball all around the field, and he’s got Mike Evans as a tempting target.

Pierre was once viewed as a diamond in the rough, but when he finally got the chance to play, instead of shining, he simply looked rough. Maulet is a limited player even in the slot. And Jack, while a veteran, is on a practice squad rather than a 53-man roster for a reason.

Did I mention that T.J. Watt is still not back yet, either? What is it that they say about rush and coverage? Josh Jackson covering Mike Evans for seven seconds?