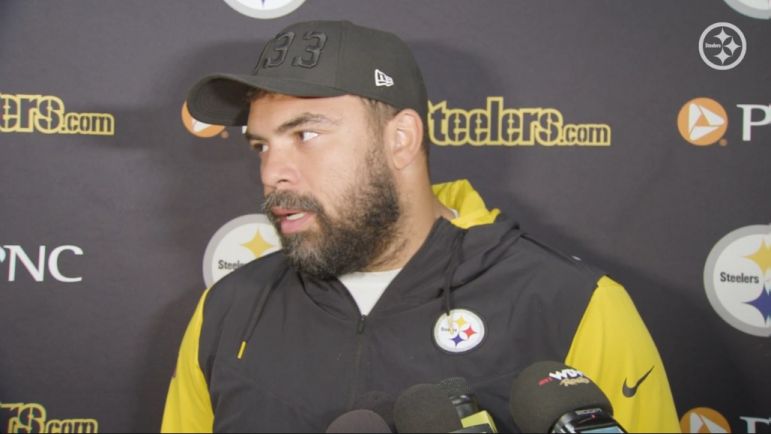 Cam Heyward isn’t going to be T.J. Watt. Lining up on the edge, beating offensive tackles, doing that leg kick Watt likes to do after sacking a quarterback. But there’s no question the Pittsburgh Steelers’ defense has suffered without Watt these last two weeks. And Heyward, quiet on the stat sheet over that span, knows he must elevate this game. Heyward spoke to reporters about improving his performance to help beat the New York Jets this weekend.

“For me, I look at it as I have to step up,” he said via Steelers.com Thursday. “I have to be a better player on the field. It’s not me replacing T.J., it’s just my technique has to be a lot better.”

Over the two games without Watt, Heyward has a fair share of tackles, 12 of them, but he doesn’t have a sack or quarterback hit while pressures have been hard to come by. In the Week 1 opener, Heyward alone had five QB pressures. Since, he had just two against New England and zero versus the Cleveland Browns. No longer worried about Watt, there’s no question teams have gameplanned and schemed towards Heyward, sliding protection his way in crucial situations.

Going back through the Pats game. New England slid protection to Cam Heyward's side five times. Doesn't happen if you're worried about T.J. Watt. Steelers will have to use stunts (like last example) cover and stress center to give Heyward more 1v1s. #Steelers pic.twitter.com/6H42CWPUHm

But Heyward also hasn’t won as many 1v1 battles as he normally does, struggling against rookie LG Cole Strange in that Week 2 game. Without Watt, the Steelers’ pass rush has tanked, recording only two sacks its last two games after putting up seven against Cincinnati in Week 1.

Pittsburgh’s struggles without Watt are well-documented, to the point where even Heyward knows the stat.

For the record, it’s 0-6, not 0-7, so hopefully Heyward isn’t jinxing anything heading into this Sunday’s game. Heyward and the Steelers will face a Jets’ offensive line battling plenty of injuries this weekend, though most of that has come at offensive tackle. Heyward will most often be pitted against LG Laken Tomlinson, a big and strong player who the Jets paid handsomely this offseason, reuniting with Robert Saleh, who was with him in San Francisco.

While Heyward has been and still is a great player, even he isn’t immune from criticism. Circumstances may be tough but he needs to be better than he’s been in order for Pittsburgh’s defense to get back on track.