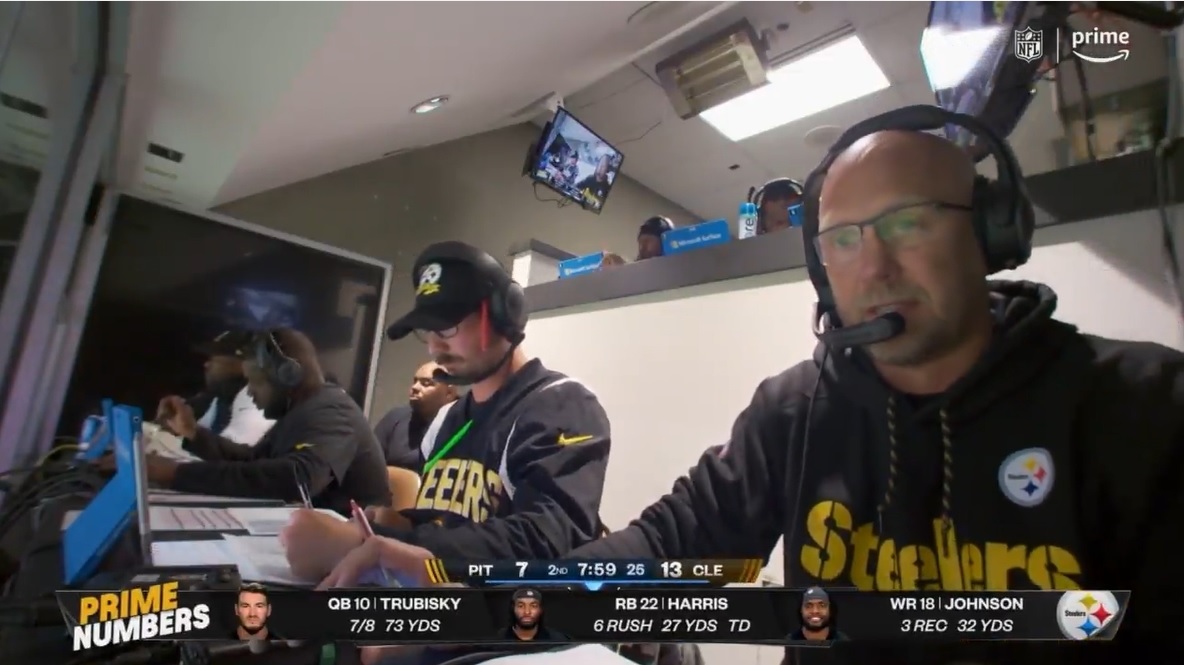 Last year, I wrote an article detailing the Steelers’ personnel upstairs in their booth. With a quick shot of it in Thursday night’s loss to the Cleveland Browns, I wanted to quickly revisit what things look like this year. Not exactly the most critical information, I know, but we’re nothing if not thorough.

So here’s who was upstairs in Week 3. Take a look. 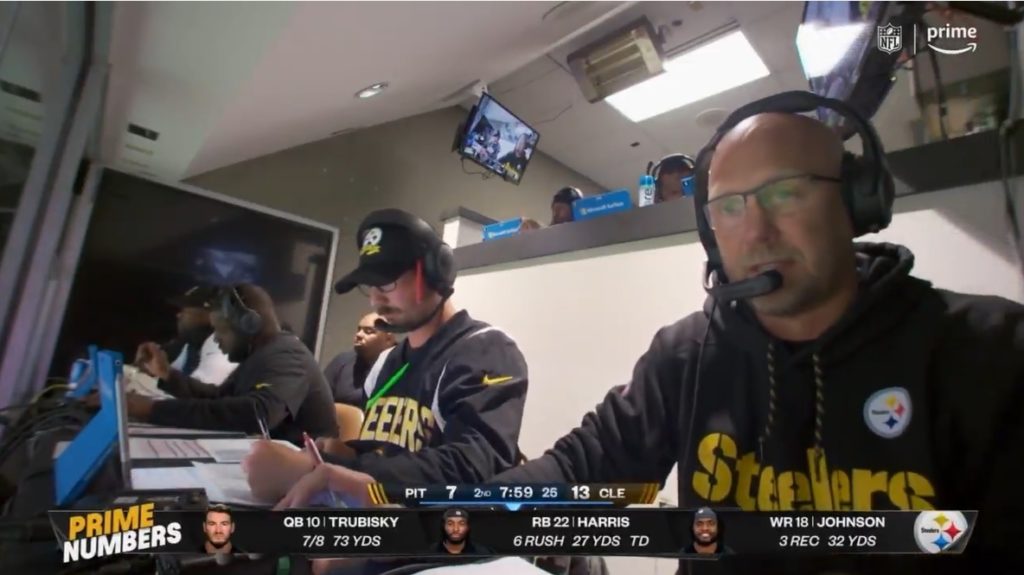 Of course, most obviously is OC Matt Canada. He’s stayed upstairs in both years he’s been the team’s offensive coordinator, and that doesn’t seem to be changing anytime soon.

To his literal right is his figurative right-hand man Matt Tomsho. He’s been a long-time Canada assistant, who followed him around quite a bit in college with Canada bringing him over to Pittsburgh last year after being promoted from QBs coach to offensive coordinator. Tomsho was in the booth last year, but in the second row above Canada. Now, he’s right next to him, taking the place of assistant OL coach Chris Morgan.

To Tomsho’s right is DL/OLB assistant coach Denzel Martin, who has climbed the ranks of the Steelers’ organization from scouting assistant to now coaches’ assistant. He works closest with the team’s OLBs and DL coach Karl Dunbar. If you ever saw T.J. Watt refining his hand use/pass rush moves on the side during training camp, it was with Martin. He was in the Steelers’ booth last year, too.

To Martin’s right is Brian Flores, the team’s inside linebackers coach/defensive assistant. DC Teryl Austin moved from the booth to the field for this season, a good decision by him, and Flores fills that spot up top. So he’s not on the field with the players on gameday, Jerry Olsavsky still works with the ILBs the closest on gameday, but Flores provides an eyes in the sky perspective.

Tucked between Martin and Tomsho in the photo is longtime scout Dave Petett, who served as a college/pro scout for years before being promoted to Assistant Director of Pro Scouting by Omar Khan this offseason. A well-deserved promotion for a long-time member of the organization.

There are two players up top but it’s hard to make out their faces. It could be the other offensive assistants, Isaac Williams (O-line) and David Corley (QBs), but I can’t tell well enough from what the broadcast showed. Assistant WRs coach Blaine Stewart is on the field, also helping out on special teams.

So one last look at the group. 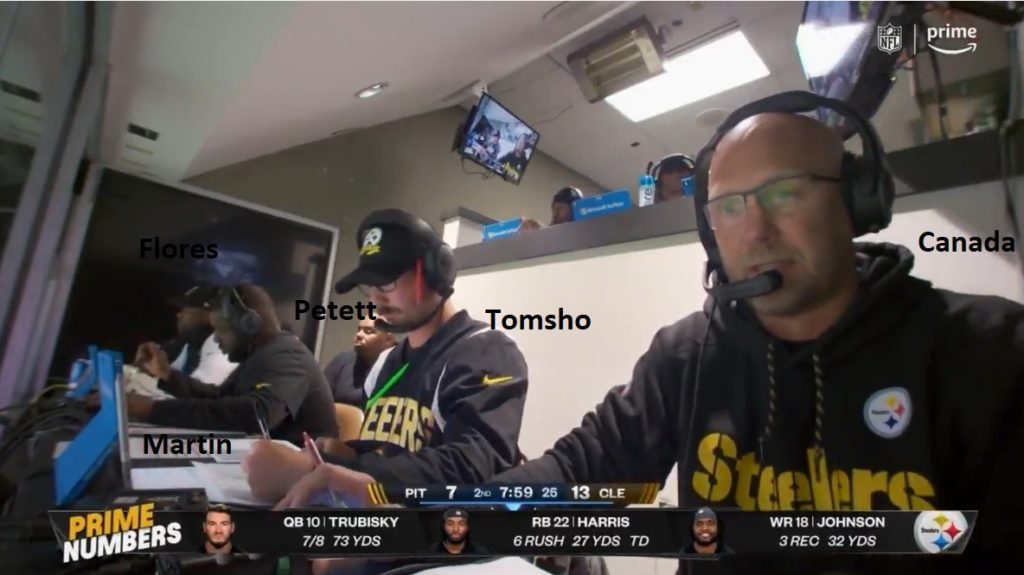 There are far bigger fish to fry than who is/isn’t in the Steelers’ booth. But it’s always interesting to see who is where and the faces that change from year-to-year, whether it’s brand new people brought in or a shifting of vantage points, like Austin going from the booth to the field with his change in roles.