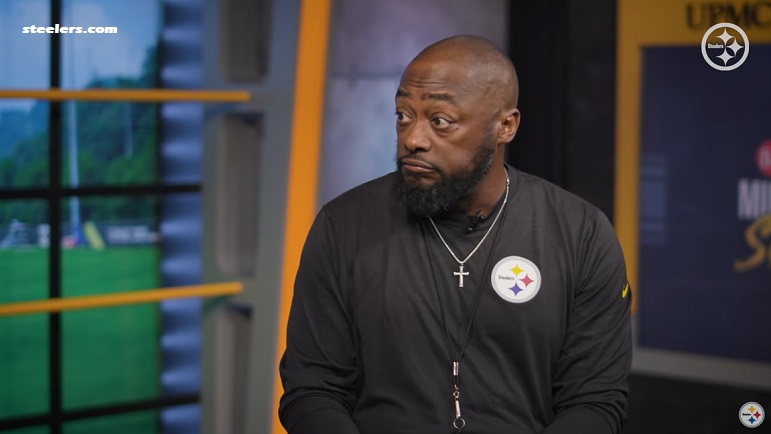 Are you ready for the Pittsburgh Steelers to bench starting quarterback Mitch Trubisky in favor of rookie quarterback Kenny Pickett? If you are, you might be waiting at least a few more weeks for your wish to come true.

During the recent edition of his weekly television show, host Bob Pompeani essentially asked Steelers head coach Mike Tomlin how much longer he’ll have patience with Trubisky if the offense continues being as inept as it’s been in the team’s first two regular season games against the Cincinnati Bengals and New England Patriots, respectively. Tomlin’s response, while short, isn’t too hard to decipher.

“We’re two weeks in. I’m not even in the neighborhood of having discussions like that, man,” Tomlin told Pompeani. “I’m more concerned about our collective growth and development and what we’re putting together in terms of what we desire to do to engineer victory and he’s just simply a component of it.”

Obviously, Tomlin’s patience with Trubisky could shorten quite a bit should the Steelers’ offense lay a huge egg on Thursday night against the Cleveland Browns and especially if the quarterback plays extremely bad. Even so, it doesn’t sound like Tomlin has given any thought to benching Trubisky in favor of Pickett just yet.

With the Steelers playing Thursday night, a longer week will follow that contest as the team’s Week 4 game isn’t until Sunday, October 2. In short, if Tomlin were to pull the plug on Trubisky after the Thursday night game, it would allow Pickett a little extra preparation time. Even so, that seems very unlikely to happen and even if Trubisky plays his worst game of the season against the Browns.

The Steelers’ offense has scored just two touchdowns in the team’s first two games of the 2022 season. Additionally, and with an appropriate finger point in the direction of offensive coordinator Matt Canada, the last time that the Steelers’ offense scored an offensive touchdown in a first quarter of game was way back in Week 10 of the 2021 regular season against the Detroit Lions. That touchdown was a short pass from quarterback Mason Rudolph to wide receiver James Washington, who is no longer on the team.

Personally, and barring an injury to Trubisky, I still feel like the earliest we might see Pickett take over as the team’s starting quarterback is after the bye week. I think Tomlin will stick with Trubisky as long as possible. Every win that the Steelers get in the coming weeks might also delay what many believe will inevitably happen at some point this season.