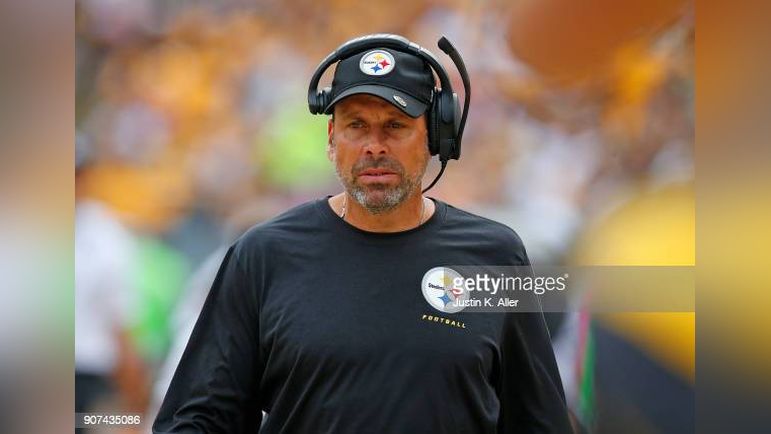 From an outsider view, former Pittsburgh Steelers’ offensive coordinator Todd Haley is weighing in on the issues with the team’s offense with the unique viewpoint of having been in Matt Canada’s shoes years ago. Appearing on 93.7 The Fan’s Cook and Joe Show Wednesday afternoon, Haley said the primary issue are receivers and quarterback not being on the same page.

“To me, if there’s one thing that stands out, it’s just that not being on the same page with the quarterback and the receivers and that has to get better,” he said.

Though there’s a variety of problems, there have been communication issues and breakdowns between Mitch Trubisky and the receivers. Trubisky has cited multiple miscommunication plays between him and rookie wideout George Pickens, including a mix-up on a back-shoulder fade in Sunday’s loss to the New England Patriots. While Trubisky has worked as the Steelers’ starter all summer, he’s still relatively green to the organization and the offense is going through predictable growing pains.

Haley agreed he’d like to see the Steelers’ talented group of receivers more involved in the passing game.

“Would I like to see the wide receivers a little more involved? Yes. That’s probably the area concern I have the most of. Having coached receivers for a very long time, they’re very near and dear to my heart. There’s talent there.”

Through two weeks, the Steelers’ receiving room are putting up paltry numbers. Diontae Johnson is the team’s leading wide receiver with 13 receptions but is averaging an abysmal 8.6 yards per reception, a number reserved for a tight end or low-level slot receiver, not a #1 receiver capable of 1200+ yard seasons. Chase Claypool’s numbers look even worse, just 5.5 yards per reception, while Pickens has been invisible in this offense, just two receptions over his first two games. Pittsburgh’s offense recorded just 30 offensive points over the first two weeks, losing to the Patriots despite holding them to 17 points, normally a winning number for any defense.

On paper, the Steelers’ skill plays and receivers have tons of talent. But the offense is struggling to find them the ball. It’s a Ferrari without an engine, and until that is solved, or at least improved, these issues will persist. They’ll try to get back on track tomorrow night against a Cleveland Browns defense that’s repeatedly blown coverages over the first two weeks, allowing the New York Jets to make an improbable comeback to beat them 31-30 last Sunday.