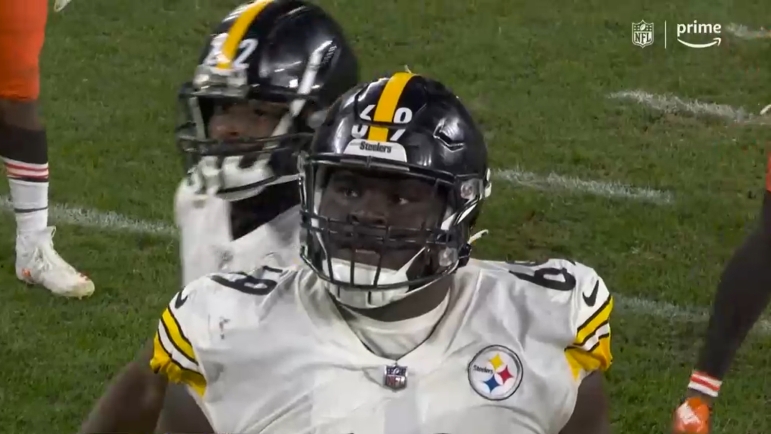 You’re probably going to be hearing from a lot of offensive players over the course of the next several days answering questions that are geared toward driving them to vent their frustration. Some may even try to goad them into complaining about specific things in the offense that they can point a finger to and say, ‘Look! Chaos!’.

That’s not what you’re going to hear from the locker room, however, at least not if you take the opportunity to digest everything that has been said in its full context. For example, take what Kevin Dotson said when he was asked about what he found frustrating about his unit’s performance thus far.

“The frustration is just knowing how good you can be”, he said, via video from the team’s YouTube channel.

“Potential is one of those things that can—it’s a good thing, and it can drag you down, so you have to do the thing before you can say that you’re good”, he added. “I feel like we just know how good we can be, and that’s the thing that’s frustrating is that we’re not clicking how we could be”.

Truth be told, it’s actually not the offensive line that is most at fault for the lack of clicking, as most suspected would be the biggest issue based on how the month of August played out. Through the first three games of the year, this group has begun to grow into a pretty solid one, particularly in pass protection.

But there will always be issues on a play-to-play basis. You only need one guy to do the wrong thing on one play for it to be blown up, and we do still see that with the line. We also definitely see it from every skill position group. Yes, there are schematic and situational issues. But the talent that’s assembled also just has to do better more consistently.

Players running into each other’s lanes while out running routes, for example, needs to not happen. The running backs—and we’re obviously mostly talking about Najee Harris—have to hit the holes that are there, especially since the perception is that they don’t come up often enough.

Now the Steelers are coming out of a bit of a break and have had some time to sit back and reflect on where they’ve been through three weeks. Can this mark the start of a turning point? It’s not like things are just consistently awful. There are plays to be made. It’s really about being more consistent, especially at quarterback—and yet, from the guy running the show.