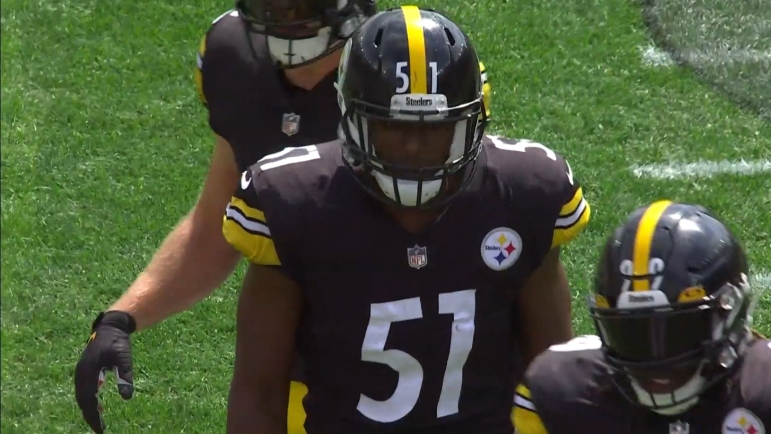 On Thursday, Pittsburgh Steelers DC Teryl Austin spoke to the media prior to practice and was asked about LB Myles Jack and the season he has had thus far three games into the 2022 season. Austin responded quoting Mike Tomlin’s assessment of Jack from a couple weeks ago, stating that the first-year Steeler embodies what it means to be a linebacker both on and off the field.

“When Mike [Tomlin] says that he’s always a linebacker, he has an edge to everything that he does,” Austin said about Jack on video from Chris Adamski’s Twitter page. “He’s got a great temperament. He’s a good dude, great dude, but you don’t want to be on the field on the other side of the ball. He’s like that. He carries that into meetings in terms of his tempo and his temperament into meetings and that’s great for our team.”

Steelers DC Teryl Austin agrees with Mike Tomlin’s succinct assessment of ILB Myles Jack as “a linebacker on and off the field” pic.twitter.com/LlZLlxKjLr

Jack currently ranks third in the NFL in total tackles with 35 through three games, posting the numbers you come to expect from a proven inside linebacker. However, while Jack has been a notable upgrade at off-ball linebacker for Pittsburgh compared to what they have had there in recent seasons, he has brought far more to the team than just his play on the field. He is a joy to his teammates and coaches in the locker room and in position meetings, being a student of the game as he holds himself to a high standard while being a great teammate. Tomlin mentioned that it’s evident that Jack loves football and brings that energy and enthusiasm with him every day to practice, especially on gameday.

The Steelers will be relying on Jack, as well as the rest of the defense, to put together a strong performance this Sunday when the New York Jets come to Acrisure Stadium in hopes of getting back to .500 on the season. Should New York look to establish the run with Zach Wilson coming back from injury in his first game of the regular season, look to hear Jack’s name early and often in the middle of things for the Steelers’ defense.