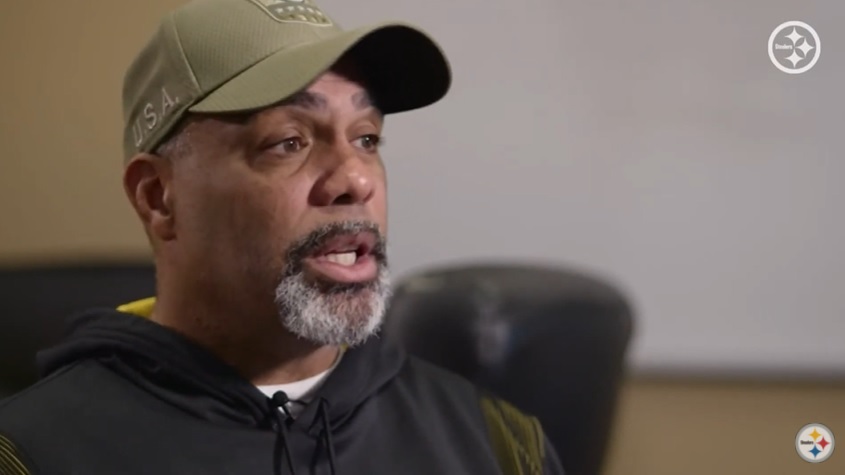 Going on a year now, the Pittsburgh Steelers’ Achilles heel on defense has been stopping the run.

Pittsburgh is on pace to nearly match the rushing YPG allowed last season at 146, as they currently are allowing just over 142 YPG on the ground through three games this season.

When asked about the run defense and if this team can get things sorted out, DC Teryl Austin stated Thursday that there is no special secret outside of better execution by the players on the field to each do their individual jobs cohesively as a unit.

“There’s no magic formula,” Austin said on Thursday regarding the run defense via Dale Lolley at Steelers.com. “It’s meeting, it’s detail, it’s performance on the field. We’ve just got to put those things together. I’m confident we will.”

No one wants to hear this answer, but Austin is right. Pittsburgh cannot just install a brand new defensive scheme or sign a current street free agent and hope that will instantly fix all the issues that the defense has had at stopping the run the last calendar year. Pittsburgh has invested in the personnel to get the job done, signing DL Larry Ogunjobi to shore up the defensive front, LB Myles Jack to add a run and chase LB to the middle, and CB Levi Wallace who is a sure tackler in the secondary.

Ultimately, execution is the big thing holding this 2022 run defense back, as the personnel is notably better than last year’s squad minus T.J. Watt, who is still on the mend from a pec injury. Prior to Watt leaving the lineup, Pittsburgh fared well against the run, surrendering 133 rushing yards to the Bengals in Week 1, but on 34 attempts, coming out to 3.9 yards per carry. Joe Mixon particularly had a tough day, toting the rock 27 times for 82 yards (3.03 YPC), which included a 31-yard run.

Pittsburgh has shown they are able to play quality run defense, but the team needs to execute to get off the field and get the ball back to the offense. Getting Watt back will help matters immensely, but the rest of the defenders need to step up in his absence to take this defense where it needs to be in order to play winning football.