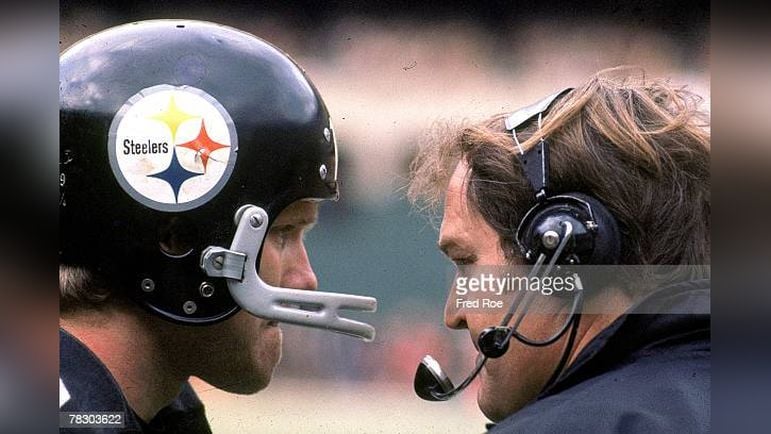 Terry Bradshaw is among the greatest quarterbacks of his generation. And until Ben Roethlisberger came along, the only franchise quarterback the Pittsburgh Steelers had truly ever had (the twilight of Bobby Layne’s career aside). Bradshaw helped propel the franchise to its first four Super Bowls with his cannon arm, fearless attitude, and underrated mobility. But to hear Bradshaw tell it, all of that came close to never happening. Sitting down with FOX’s Colin Cowherd on today’s episode of The Herd, Bradshaw revealed after being benched for Joe Gilliam, he asked Chuck Noll to trade him.

Here’s what Bradshaw said, relating Russell Wilson’s experience in Seattle to his own.

“Oh yeah,” Bradshaw said when asked if being benched in Pittsburgh messed with him mentally. “I asked to be traded.”

Bradshaw said it came in 1974 when Noll picked Joe Gilliam to start the season over him. Gilliam’s year got off to a hot start, throwing two touchdowns in a shutout, blowout win over the Baltimore Colts to open the season. He and the Steelers played the Denver Broncos to a 35-35 tie the following week, Gilliam completing a healthy 62% of his passes and throwing for nearly 348 yards. Bradshaw felt like his time in Pittsburgh was over, and told Cowherd he walked into Noll’s office and asked to go somewhere else.

“Listen, I love Chuck Noll, I give him all the credit in the world for the success we had in Pittsburgh. Brilliant coach. Not my kind of guy but a brilliant coach. I went in and said, Chuck, ‘you’ve got Joe, he’s playing great. I really think it’s time for me to go somewhere else. Would you trade me somewhere else? I know Kansas City wants me. Or maybe you can send me home to New Orleans.’ And his exact words were, ‘you’re going to be great. I’m not going to trade you. You’re going to be great.’ And that was a strange thing to say. But I said ok, ‘I’m gonna be great.'”

Noll’s words soon rang true. It wouldn’t take long for Bradshaw to get back into the lineup. Gilliam’s career crashed, throwing just one touchdown to five interceptions over his next four starts. He went 8/31 against the Raiders as Pittsburgh fell 17-0 and the Steelers’ defense began supplying most of the offense. Bradshaw was named the starter for Week 7’s contest against Atlanta, and the Steelers’ season got back on track. He led them to their first Super Bowl title, Bradshaw not doing much (he threw for under 100 yards in the AFC title game and Super Bowl) but doing enough, three touchdowns to just one interception, for Pittsburgh to capture its first title.

The rest is history, with the Steelers repeating in 1975 and going back-to-back in 1978 and 1979, the latter two Super Bowls featuring a potent Steelers’ aerial attack that threw the ball deep thanks to Bradshaw’s rocket arm.

While only Bradshaw and Noll know the exact details of the story, it’s worth pointing out in 2020, Bradshaw heavily implied he had never asked out of the city. In an interview with KDKA, he said at the time he would’ve stopped playing football if the team dealt him.

“If Pittsburgh would have tried to move me, I would have just quit. I wanted to play for one team and that was Pittsburgh”.

It’s hard to imagine both those quotes being true. Suggesting he’d quit and also saying he asked to play somewhere else. Perhaps this is Grandpa Bradshaw telling stories in his big reclining chair. But it’s certainly a story worth passing on. And if true, Noll’s quick decision to shut down any trade talks and keep Bradshaw in Pittsburgh was the best move for both men.