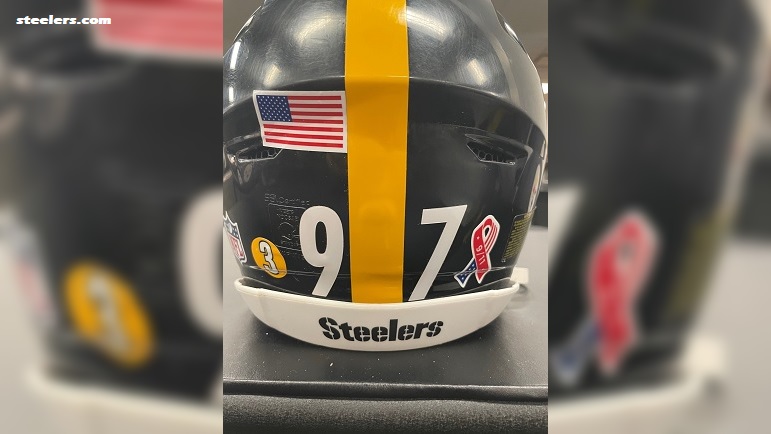 The Pittsburgh Steelers announced one way they’ll honor the late Dwayne Haskins this season, wearing his a #3 decal – his jersey number – on the back of their helmet throughout the year. The team tweeted the news moments ago and shared what the decal looks like on the back of Cam Heyward’s and T.J. Watt’s helmets.

The #Steelers will honor their late teammate, Dwayne Haskins, by wearing a “3” sticker on their helmets throughout the year. pic.twitter.com/zaSqAJm1hv

A very nice and classy gesture.

Haskins, 24, died April 9th when he was struck by a vehicle while attempting to cross a Florida highway. His death was ruled an accident and no criminal charges were filed. Several memorials were held for him, including one in Pittsburgh, in which coaches and his teammates attended. His death brought to light many stories about his positivity and warm smile and great energy he brought to the locker room. His love of animals helped bring fans to raise money for animal rescue organizations, too.

After coming off the bench and starring at Ohio State, Haskins became the the 15th pick of the 2019 NFL Draft, selected by Washington. He signed with the Steelers in January of 2021 and served as the team’s #3 quarterback for the season.