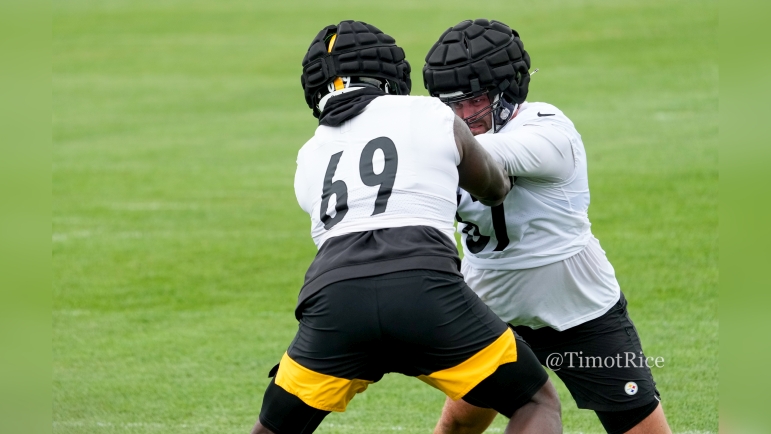 It’s still just a Pittsburgh Steelers’ depth chart, which means it was put together without much thought, but the Steelers have released their first regular season depth chart ahead of Week 1’s matchup against the Cincinnati Bengals. With the roster down to 53, there is more clarity than what the team had beginning this summer. Here’s a look at how the depth chart is laid out courtesy of Steelers.com’s Missi Matthews.

Mitch Trubisky is listed as the Steelers’ starting quarterback. Though Mike Tomlin’s yet to make an official announcement, he’s widely believed to be the team’s starter this Sunday versus Cincinnati. Mason Rudolph is listed as the #2 over rookie Kenny Pickett, but that doesn’t necessarily mean Rudolph will be the #2 to start the season. Tomlin will speak to the media tomorrow and could shed more light on the situation.

Kevin Dotson is labeled as the team’s first-team LG, the team dropping the “OR” tag they used throughout the preseason. It appears Dotson has won that job over Green, who struggled in his second year with the Steelers despite moving back to his more natural position of left guard. Dotson ran exclusively as the team’s starter in their preseason finale against the Detroit Lions. Newly-acquired OL Jesse Davis is only listed at right tackle, though the Steelers’ depth chart doesn’t repeat players as backups. If pressed into action, he could see work at tackle and guard.

Rookie RB Jaylen Warren is listed as the #2 back over veteran Benny Snell and could see the bulk of the backup carries behind Najee Harris. Diontae Johnson, Chase Claypool, and George Pickens will work as the team’s top three receivers in 11 personnel.

Defensively, Larry Ogunjobi is listed as a starting defensive linemen alongside Cam Heyward and Tyson Alualu. Devin Bush is listed over Robert Spillane without an “OR” tag. Bush is likely to take the first snaps of Week 1, but will have to play well to hold onto his spot. In the secondary, Arthur Maulet is listed as the starting slot corner and could see action there on early downs, though Cam Sutton shifted inside in passing situations this summer. In the return game, Gunner Olszewski is labeled as the team’s starting kick and punt returner, with Steven Sims backing him up at both spots.