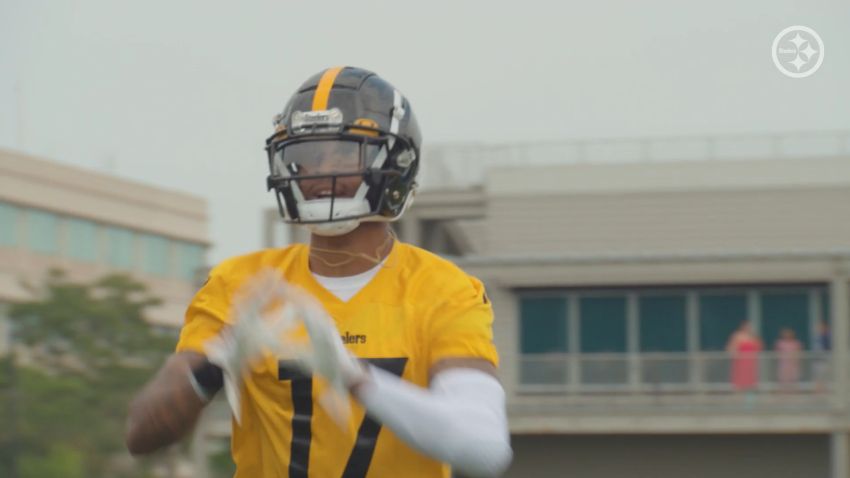 The Pittsburgh Steelers continue to tinker with the 16-man practice squad early in the season, re-signing cornerback Mark Gilbert back to the practice squad and releasing center Ryan McCollum, the team announced Friday.

The re-signing of Gilbert comes just days after the Steelers released outside linebacker Delontae Scott from the practice squad and added veteran punter Jordan Berry to the mix.

Gilbert was previously signed to the Steelers’ practice squad after final roster cutdowns in early September. An undrafted free agent out of Duke in 2021, Gilbert initially signed with the Steelers as a UDFA and spent the summer with the team. He was released at final cutdowns and placed on Pittsburgh’s practice squad but poached off it by the Detroit Lions in mid-October, landing on the Lions’ 53-man roster late in the season.

He appeared in eight games for the Lions last year, making three tackles. He forced an overtime fumble on WR Diontae Johnson in a tie against the Steelers last season. Gilbert is the cousin of former Pitt star and All-Pro NFL CB Darrelle Revis.

Gilbert was cut from the practice squad three weeks after signing with the Steelers for wide receiver Jaquarii Roberson on Sept. 20, who has since been released.

McCollum was previously claimed off of waivers from the Detroit Lions in mid-August. He was originally signed by the Houston Texans in 2021 as an undrafted free agent out of Texas A&M. The Lions then signed him off the Texans’ practice squad in October of 2021.

With the Lions in 2021, McCollum saw action in 13 games, and he had one start. He played 101 offensive snaps during that span of games for the Lions. McCollum was cut by the Steelers during final roster cuts, but then quickly added back to the practice squad.