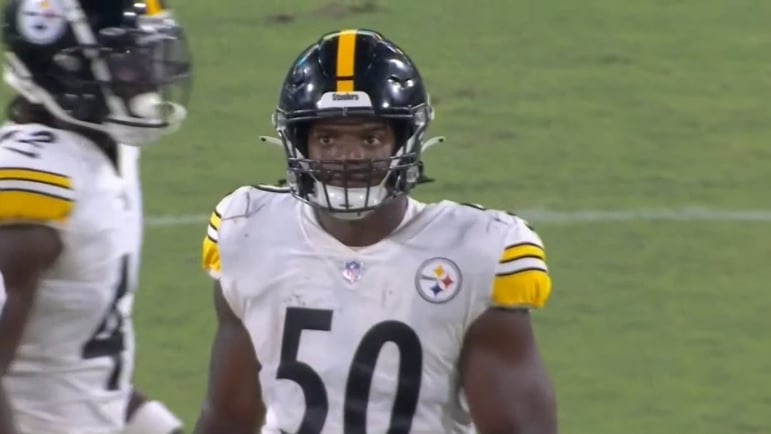 The Pittsburgh Steelers made one transaction on Saturday ahead of their Sunday home game against the New England Patriots and it included an outside linebacker being elevated to the Active/Inactive gameday roster from the practice squad.

According to the Steelers, the team elevated outside linebacker Delontae Scott from the practice squad to the Active/Inactive Roster for Sunday’s game against the Patriots.

Scott, an SMU product, appeared in one game for the Steelers in 2021 and he played seven defensive snaps in that contest with two others coming on special teams. He did not record any stats in that contest.

The Steelers originally signed Scott to their practice squad early last season. As a fifth-year senior in 2019, he racked up 17 tackles for loss and nine sacks, second on SMU in both categories. He was initially signed by the Green Bay Packers as an undrafted free agent in 2020 and spent two years with the team but was released by them last summer.

The elevation  of Scott on Saturday might result in newcomer outside linebacker David Anenih being inactive on Sunday against the Patriots, Anenih was signed off the Tennessee Titans practice squad this past week as part of the team placing outside linebacker T.J. Watt on the Reserve/Injured list.

The Steelers will now need six inactive players for their Sunday home game against the Patriots. Scott should revert back to the Steelers’ practice squad on Monday.